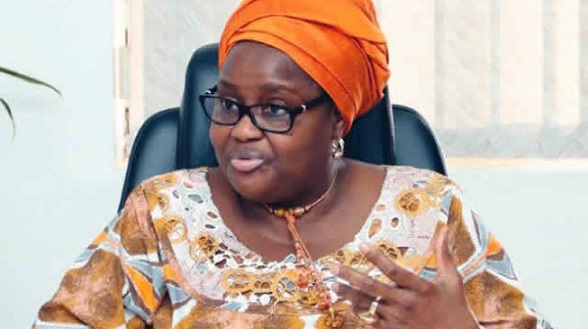 In her welcome remarks, Aisha Dahir-Umar, Acting Director General, National Pension Commission, said that I am glad to inform you that we have remained focused on concluding some of the pension industry’s transformational initiatives which the Commission has been pursuing

Dahir-Umar stated this at the 2019 Journalists’ Workshop organised by the National Pension Commission held in Benin, Edo.

“We are indeed note that the Commission and the media have collaborated effectively over the years to advance public awareness on the tenets of the Contributory Pension Scheme (CPS).

Pencom boss noted that “the Nigerian media continues to exert significant influence in public discourse. It is therefore, in recognition of this critical role that the Commission considers it imperative to continually interact and apprise media practitioners with developments in the pension industry while availing them with further insight on some of the Commission’s major activities that are aimed at the overall enhancement of the CPS in Nigeria.

She said “as at September 2019, the number of registered contributors under the CPS has grown to 8.85 million while pension fund assets have grown to N9.58 trillion adding that the growth indeed justifies our emphasis on the safety of pension funds as the bedrock of sustaining the CPS and assure all stakeholders that the pension reform remains steadily on course. These modest milestones notwithstanding, the Commission and Pension Operators are committed to actualizing the growth potentials of the pension industry.

The theme of this workshop; “Expanding Coverage of the Pension Industry” describes the Commission’s current strategic focus, which aims to expand access to pension via the CPS, as a veritable tool for economic development. According to DG, this aligns with the pension reform objective of old age poverty reduction and improvement in the welfare and general standard of living. The quest to expand coverage of pension is being pursued through some transformational initiatives especially the Micro Pension Plan.

During the Workshop the Micro Pension Plan (MPP) activities was highlighted to creates more aware about the MPP, which was launched in March, 2019 by His Excellency, President Muhammadu Buhari, targeted the informal sector and self-employed who are not mandatorily covered under the CPS.

Also it was revealed that the MPP was designed with significant flexibility in recognition of the peculiarities of the targeted population with expectation that the media practitioners would utilize the opportunity of this workshop to understand the essence and workings of the Micro Pension Plan and amplify same in their reportage for the overall benefit of Nigerians.

There was also a presentation on the Enhanced Contributor Registration System (ECRS) which is an in-house developed ICT application deployed in June 2019 to enhance the integrity of the contributors’ database.

The acting director general disclosed that the ECRS been integrated with the National Identity Management Commission (NIMC) database to help authenticate the uniqueness of individuals seeking to register under the CPS. The ECRS provides a platform for the registration of Micro Pension Plan Participants and is a major step towards the introduction of the transfer window, which will enable contributors change to the PFAs of their choice, in line with Section 13 of the Pension Reform Act (PRA) 2014.

The pencom pointed out that the role of social media in business and financial reporting as a tool of mass information dissemination is not without its challenges especially the proliferation of unverified non-factual news platforms that often churn out content which results in untoward consequences.

She urged all participants to stimulate a robust discussion on new media best practices and the essence of adequate due diligence prior to amplifying social media news items. This is more important in reportage on pension issues given its sensitivity especially to retirees. The Commission would continue to provide necessary clarifications to you whenever required in order to ensure that pension matters are factually reported.

The acting director general noted that the Commission’s immense gratitude for the commendable support towards the successes recorded so far in the implementation of the CPS. We are committed to sustaining this worthy collaboration in the overall interest of pension contributors and retirees, she added.