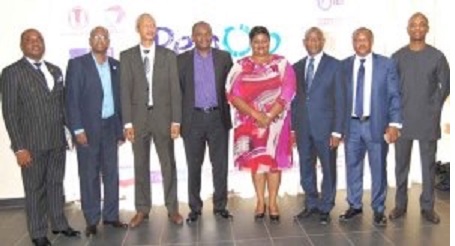 The National Pension Commission (PenCom) has been urged to speedy up implementation of transfer window.

Participants at the 2017 Media Retreat for National Association of Insurance and Pension Correspondents (NAIPCO) organized by PenOp in Abeokuta, the Ogun State capital, said further delay in implementation of the policy might pose threat to the Contributory Pension Scheme (CPS).

According to them, there was urgent need to open the transfer window now that CPS contributors stood at 7.5 million not when the number further grows and become difficult to manage.

Meanwhile, Executive Director Operations, CrusaderSterling Pensions, Conrad Ifode while presenting a paper at the event, said PenCom was taking its time to ensure that the registration of the contributors was done perfectly and devoid of multiple registrations. ” It is impossible to open the transfer window now because of inherent problems of multiple registrations, multiple pins, in fact there is no standard biometrics for the contributors. It is what all PFAs can do, that is bringing all pins digitalized”, he insisted.

Dwelling on the topic, Biometric Issues and Client Familiarity Requirement, Challenges and Potentials’, Ifode said there was a great need to take biometric of all contributors of the CPS.

He put biometrics to mean an automated method for recognizing individuals based on measuring biological and behavioral characteristics.

This biometrics, he said will enhance proper registration of the contributors in order to get rid of multiple registrations which is currently a challenge in the industry.

He disclosed that multiple registration has been a major problem militating against implementation of the transfer window which the industry has been working to open.

The transfer window enables a contributor to move from one PFA to another based on the regulators specification.

He commended Lagos State Government for being in the fore front of the CPS, even as he called on other states to join the scheme.

He noted that Lagos State had directed the PFAs to take biometrics of its 28,000 RSA holders between now and the two years.

Describing Nigeria pension industry as a N6.5 trillion industry from N2.2 trillion deficits in 2004 disclosed that the total number of Retirees Savings Account (RSA) holders under the CPS has currently risen to 7.5 million.

According to him, break down of the report released by the National Pension Commission (PenCom) showed that Federal Government workers accounted for N1.8 million while private and state governments accounted for N4.1 million and N1.5 million respectively.

In the same vein, the Pension Fund Operators of Nigeria (PenOp) has kicked against the bill at the National Assembly seeking the provision of 75 per cent as pension lump sum for retirees.

The association insisted that taking such high lump-sum will rob retirees’ opportunity of keeping more money in their Retirement Saving Accounts (RSA).

Speaking at the 2017 Annual Media Retreat for National Association of Insurance and Pension Correspondents (NAIPCO) organized by PenOp in Abeokuta, the Ogun State capital, the Chief Marketing Officers, Premium Pension Kabiru Tijjani said provisions in the bill which has scales its second reading would not be in the interest of the contributors.

He debunked the allegation at the National Assembly that the Pension Funds Administrators (PFAs) computes retirees’ benefits using their description, insisting that operators follow strictly template set by the National Pension Commission (PenCom).

According to him, the template set by PenCom set was the same template the PFAs is using in calculating what somebody will take as lump sum, monthly pension or accrued pension.

“There is no issue of description at all, what PFAs use is the same template set by PenCom, the template is in such a way that if apply to a retiree, it will automatically does the computation by itself. The template is very objective. There is no descriptive interpretation, if such occurs, PenCom will not take it”, he assured.

Recall that a bill seeking the provision of 75 per cent as pension lump sum for retirees, was three months ago proposed to the National Assembly.

The bill, which was sponsored by Senator Aliyu Magatakada Wamako, seeks adjustment of some sections of the Pension Reform Act, to accommodate new provisions that could provide succour to retirees given the delays and other difficulties they are encountering in withdrawing their savings from retirement accounts.

Also speaking at the event, the PenOp Executive Secretary, Sussan Oranye pledged the association commitment to ensuring security of the pension funds.
She lamented the pervading ignorance among the public especially among those who are in control of power and national resources.

She equally pledge PenOp resolve to ensure there are awareness on pension across the strata of the society.

After 13 years we have about 7.3 million contributors out of the nation’s total population registered with CPS, we made noise of the pension funds, at 6.7 trillion, with much awareness we can even grow these more to ensure more meaningful contribution to GDP

Kindly Share This Story: The Executive Vice Chairman and Chief Executive of the Nigerian Communications…