The nation’s pension assets have growing from N9.81 trillion in October 2019 to N11.57 trillion at the end of September 2020 representing 1.76 trillion growth in the last one year. 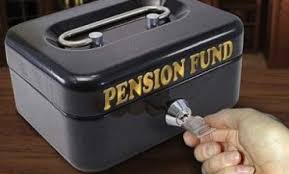 This growth translates to about 11 per cent of the entire pension assets in the country, despite the effect of the Covid-19 pandemic and #EndSARS protests on the entire nation’s economy.

The huge gains, according to findings, was attributed to new pension contributions received, interests from fixed income securities and net realised on equities and mutual fund investments.

Further investigations by Sunday leadership reporter revealed that investment income, was instrumental to the continuous growth in pension funds, despite the fact that governments at majorly state level are not paying the monthly pension contributions of their workers as and when due.

Over time, the report pointed out that pension fund operators have invested over N7 trillion of pension assets in federal government bonds as it gives better returns on investment, but throughout last year, bond yields dropped drastically, prompting PFAs to consider opportunities in other investment outlets, especially the nation’s capital market.

In the same vein, pension fund operators under the auspices of the Pension Fund Operators Association of Nigeria (PenOp) had earlier assured Nigerians of the safety of the N11.57 trillion pension fund assets in the country.

Speaking on this development, the managing director of Access Pension Fund Custodian (PFC), Mrs. Idu Okwuosa, said, “The public should be assured that all pension assets are traded in the name of the Pension Fund Administrator (PFA) and PFC, hence, investments are made in the name of PFAs and PFCs.

She added: “All pension investments in the industry are insured, therefore there’s not a chance that anyone can have access to the funds in the industry. The returns are not paramount to the National Pension Commission (PenCom) or operators, as much as the safety of the funds.”

She assured contributors under the Contributory Pension Scheme (CPS) to be rest assured that the PFAs and PFCs, together with the regulator, would continue to ensure the safety of pension assets for the benefit of all contributors.

The managing director/CEO, ARM Pensions, Mr. Wale Odutola, confirmed to the leadership reporter that the investment preference of most PFAs in the equities market, as operators continue to look for more investment outlets that can give good returns.

“Pension fund operators have always invested in the equities market, even though, one needs to be careful. Capital market is a volatile environment with price fluctuation. Just as you can make huge profits, so also, you can make huge losses if care is not taken. So, each PFA has different investment strategies and they always invest in investment outlets according to what suits their investment strategies. So, the capital market is an investment outlet that we are looking at, so also is fixed income, government securities, money market instruments and so on,” he said.

This, he said, shows that operators are investing wisely by adhering to the pension industry investment guidelines as stipulated in the Pension Reforms Act (PRA) 2014, stating that PFAs will continue to play active roles in capital market transactions in the current year.