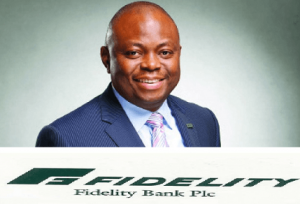 Indications  showed that Danjuma Zubairu, Group Head of Private Banking, and Abubakar Gwambe, an account head, were arrested last year following evidence that they were managing proxy accounts for Mr. Maina, a source familiar with the matter.

Mr. Maina is currently on the run after the EFCC filed charges against him over missing billions of naira through a phony biometric exercise alongside Steve Oronsaye, the former Head of Service of the Federation.

A Senate joint committee on public service and establishment had, in 2013, indicted Mr. Maina of fraud after he was brought in to reform the pension administration.

In November 2016, the EFCC said they had traced N2.8 billion to numerous bank accounts used by Mr. Maina.

“The corporate accounts of Cluster Logistics had a turnover of N500million and $400,000 USD. Drew Investment and Construction and Kongolo Dynamics Cleaning Limited recorded turnovers of N54million and N509million respectively.”

All the five accounts, according to the EFCC, had different opening packages.

“Four of the accounts were allegedly opened by one Khalid Aliyu, a relation of Maina, who was an employee of the bank. The said Khalil is currently at large,” said the Commission.

“But investigation established that Abdulrasheed Maina is the one operating the accounts.”

The bulk of the monies, it was gathered, had been moved through some Bureau de Change operators who convert them into dollar and transfer to Mr. Maina, who is believed to be hiding in the United Arab Emirates.

The EFCC has been on the trail of Mr. Maina for years.

Before the agency filed charges against him in absentia, it arrested Ann Igwe, who served as Mr. Maina’s secretary during his reign as the chairman of the controversial PRTT.

Ms. Igwe was recently arrested by the Commission and she had provided “useful information,” a source close to the agency said.

It was gathered that Ms. Igwe allegedly confessed‎ on how the biometric contract allegedly awarded to streamline pension administration under Mr. Maina actually became a conduit pipe for pension fund.