…. Commission has directed PFAs to Implement Pension Enhancement for Retirees —}

While the country, Nigeria is scanning all over the world for loans to funds her weak infrastructures component of economy across the country. Within the country, a Pension Fund Assets (PFA) is growing steadily in trillion, for instance, the said assets grew to N10 trillion in November 30 from N9.81trillion recorded on October 31, all within last year , according to the  monthly report released, dated January 16, 2020 by the National Pension Commission (PenCom). 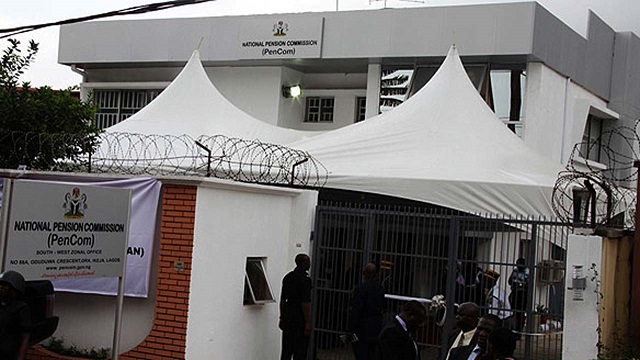 According to the released by the regulator, the fund grew by N19 billion in the period under review, representing a 1.84 per cent growth.

In the statement disclosed that the fund, which recorded a deficit of N2trillion figures in 2004, has hit the record of N10 trillion high last November that is after sixteen (16) years or there about.

The report further showed that pension fund operators invested N7.08 trillion representing over 70 per cent of the fund Federal Government of Nigeria Securities.

Also part of the report read: “A total of N535.9 billion, which is 5.36 per cent of the funds, was invested in domestic ordinary shares; while N68.56 billion, amounting to 0.69 per cent in foreign ordinary shares.

The Acting Director-General of PenCom, Mrs. Aisha Dahir-Umar, said the CPS has introduced transparency and integrity in the pension administration system in the country.

She reiterated that from inception of the reform to date, there had not been a single incidence of fraud or mismanagement of the pension funds and assets under the Scheme.

On pension reform, she stated that the level of implementation of the Pension Reform Act (PRA) 2004 and now PRA 2014 by the Commission since the take off of the reform in 2004 has yielded positive reports.

In the same vein, the Commission has directed PFAs to Implement Pension Enhancement for Retirees adding that the pension enhancement is for CPS retirees who have accumulated significant growth in their Retirement Savings Accounts (RSAs) and had retired between July 2007 and December 2017.

Consequently, the retirees referred to above have been advised to contact their respective PFAs to confirm their eligibility and complete requisite documentations as all operators have been directed to implement the second edition of the pension enhancement exercise for retirees on Programmed Withdrawal mode of retirement.