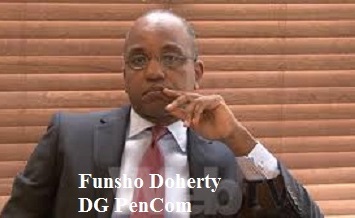 The Pension Fund Administrators in the interest of generality called has finally increased the amount of funds invested in infrastructure under the Contributory Pension Scheme to N4.2 billion.Some operators disclosed that investors had continued to mount pressure on them to part with the funds in their custody into infrastructure.

According to the figures obtained from the National Pension Commission on Tuesday showed the increase represents 0.07 per cent of the total funds under the scheme, which rose to N6.49 trillion as of April this year.

Amehnews recalls that, in May 2015, the operators said to have invested N568 million in infrastructure for the first time, and later increased it to N1.82 billion in September 2016.