US President-elect Donald Trump has praised Philippines leader Rodrigo Duterte for his controversial war on drugs in which thousands have died, Duterte said on Saturday following a phone call between the leaders.

The Philippine president called Trump on Friday evening to congratulate him on his victory and Trump wished him “success” in his controversial crackdown, in which 4,800 people have been killed since June, according to Duterte. 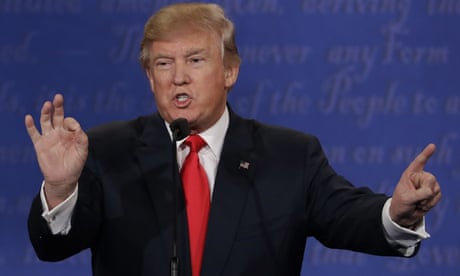 “He was quite sensitive also to our worry about drugs. And he wishes me well … in my campaign and he said that … we are doing it as a sovereign nation, the right way,” Duterte said in a statement.

An aide to the Philippines president earlier said Trump invited him to the White House next year during a “very engaging, animated” phone conversation.

A statement from Trump’s team said Duterte congratulated the US president-elect and the two men “noted the long history of friendship and cooperation between the two nations, and agreed that the two governments would continue to work together closely on matters of shared interest and concern”. The statement, however, made no mention of an invitation.

Trump’s brief chat with the firebrand Philippine president follows a period of uncertainty about one of Washington’s most important Asian alliances, stoked by Duterte’s hostility towards President Barack Obama and repeated threats to sever decades-old defence ties.

In five months in office, Duterte has upended Philippine foreign policy by berating the US, making overtures towards historic rival China and pursuing a new alliance with Russia.

His diplomacy has created jitters among Asian countries wary of Beijing’s rising influence and Washington’s staying power as a regional counterbalance.

Duterte has praised China and told Obama to “go to hell” and called him a “son of a bitch” whom he would humiliate if he visited the Philippines. 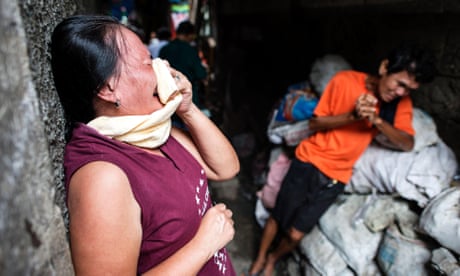 The anger was unleashed after Obama expressed concern about human rights abuses in Duterte’s war on drugs, in which thousands have died.

Duterte initially expressed optimism about having Trump in the Oval Office, saying he no longer wanted quarrels. But he has continued to rail against US “hypocrisy” and “bullying”.

Trump told Reuters during the election campaign that Duterte’s comments showed “a lack of respect for our country”. But he also stressed the “very important strategic location” of the Philippines and blamed Obama for failing to take the time to get to know world leaders.

A source who has advised Trump’s transition team on security policy told Reuters last week the president-elect would start a “clean slate” with Duterte, and analysts see some similarities in their blunt style.

Duterte caused a stir when he visited China in October and announced his “separation” from the US. He has said Washington could not be trusted to support the Philippines if it were attacked, as mandated in a joint defence treaty. 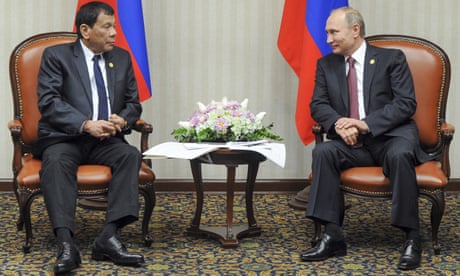 In an article published just before the US election, Trump advisers Peter Navarro and Alex Gray blamed the breakdown on the Obama administration’s failure to intervene in 2012 when China seized the Scarborough Shoal in the South China Sea, which the Philippines considers its fishing ground.

“Washington’s utter failure to uphold its obligations to a longtime, pivotal ally during one of its most humiliating crises has no doubt contributed to [Duterte’s] low opinion of American security guarantees – and his recent move toward a China alliance,” they wrote.

Among the envoys is multi-millionaire real estate tycoon Jose Antonio, who bought the rights to name a new office tower in Manila “Trump Towers”.

US State Department spokesman John Kirby said he did not know whether the department had assisted in setting up Trump’s call with Duterte, but stood ready to provide such help.

Philippines expert Ernest Bower of the Bower Group Asia consultancy said it was likely the call was facilitated by Trump’s business partners in the Philippines and a core group of advisers, who include his children.

Bower said Trump’s election victory could offer Duterte a face-saving way to move back from his anti-US rhetoric, while Duterte could provide Trump with a way to stress the importance of Asian alliances, which he appeared to question during the campaign.

Murray Hiebert of the Center for Strategic and International Studies noted that the Philippines would be chairing the 10-member Association of South-east Asian Nations (Asean) next year and it was common for the US to extend an invitation to the chair before the US-Asean summit.

Bower said this may have been fortuitous on Trump’s part.

“My guess is he was more interested in making a point – that he could deal with Duterte in ways Obama couldn’t – than in the strategic wisdom of driving alignment with the Asean chair ahead of the Asean and East Asian summits.”

Kindly Share This Story: An informal meeting of the Committee on Trade and Development dedicated…