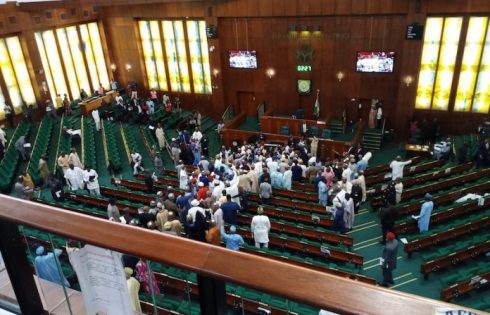 The House of Representatives has announced its plan to pass the Petroleum Industry Bill by end of the first quarter of 2021.

The Ad Hoc Committee on PIB disclosed this in Abuja on Wednesday.

The House had on Tuesday passed the bill for second reading.

The Speaker, Femi Gbajabiamilia, had referred the bill to the committee for further legislative processes.

The legislation was titled, ‘A Bill for an Act to Provide for Legal, Governance, Regulatory and Fiscal Framework for the Nigeria Petroleum Industry, Development of Host Communities and for Related Matters.’

Chief Whip of the House and Chairman of the committee, Mohammed Monguno, in his opening speech at the inaugural meeting of the panel on Wednesday, noted that the PIB, when passed into law, would improve clarity of structures, roles accountability, transparency and overall efficiency and effectiveness of the institutions in the oil industry.

He said, “Under our watch as a committee, which I am privileged to chair, it is a general consensus that the passage of this Bill is long overdue. We are taking time to review what has been done by the previous Assemblies and what we need to do differently.

“Prior to the referrer of the bill, the leadership of the House, the Senate and the relevant committees of the National Assembly have been briefed by the Hon. Minister of State for Petroleum Resources, Timipre Sylva, with his team, wherein most of the concerns and controversies contained in the previous drafts has been signiﬁcantly addressed with this present draft.”

The lawmaker stated that the committee would do its best by engaging various stakeholders, civil societies and general public by subjecting the bill to detailed and public scrutiny to ensure that Nigerians were carried along.

“We are confident that this piece of legislation will stand the test of time. In as much as we are eager to pass the bill, we will not circumvent legislative process. It is our hope and belief that the bill will be passed by the end of the first quarter of year 2021.

“The committee has taken liberty to create a website, www.hrpib.org.ng, as one of the platforms where stakeholders and interested members of the general public can download the text of the bill and also upload comments/inputs/memoranda to same.

“The website is particularly important because it enables all Nigerians so long as you have internet access, irrespective of where they might be or live, to participate in the legislative process.”

Monguno recalled that the journey to pass the PIB commenced in 2007 when it was first introduced on the floor of the House.

“However, the passage of the bill has evaded three successive Assemblies, i.e. the 6th, 7th and 8th Assemblies,” he said.

The Chief Whip further said, “I am particularly alarmed that though the exploration of fossil fuel in Nigeria dates back to the 60s but commercial exploration may only last for another 25 years.

“It is not to say that we might exhaust the deposit, but that the entire world is focusing on research to develop, renewable energy that could turn out to be cheaper and environmentally friendlier.

“That is why it has become expedient, more than ever to leverage on this window of opportunity that the oil exploration present to us as Nigerians, by ensuring that the Petroleum Industry Bill is passed without further delay.”

Monguno noted that in spite of all the efforts of the preceding administrations to diversify the monolithic economy, the oil industry still remained the mainstay of the country.

“Every time there is signiﬁcant fluctuations in the price of crude oil, all other sectors of our national lives suffers,” he said.