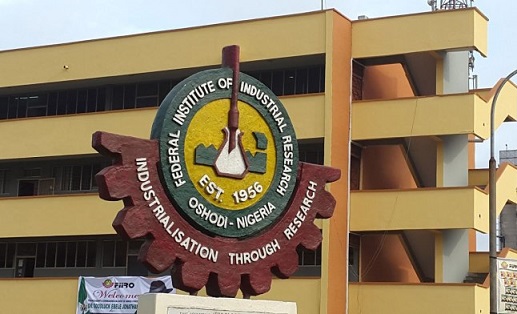 In the wake of current leadership crisis rocking the country’s once peaceful outstanding research institute known for its  giant stride in Research and Development (R&D) results, investigations have revealed that institute’ cabal have vowed to hijack the leadership at all cost.

A human right activist, Barr. Victor Egwim who spoke to our reporter stated that the certificate saga came into the picture as the acting Director General, Dr. China Igwe refused to dance to their tone.

Egwim said, “Tribalism is a two sided coin which has eaten deep into our society, which favours those on its side and destroys or extinct those on the other side making Federal Institute of Industrial Research Oshodi (FIIRO) a place of torment for the young ones, destruction for the non-Yoruba speaking  side of the country and a catastrophe as knowledge is been hoarded amongst colleagues making research work rate slow except for the strong willed non indigene who are ready and willing to take insults and victimisation for work and research to progress.

This is what happens in FIIRO hence the exit of many young minds who have prospects with a mind of adding value to research developments which is essential for national development and economic growth only to be segregated and victimised by their various heads in the name of tribalism even at promotion which is the only welfare package and reward for a staff who  has proven to be outstanding and hardworking.”

He explained that his source has confirmed that this is the regular act perpetrated by the Yoruba speaking part in FIIRO, using a circular to favour rising of the same.

According to him, “Even at the emergence of a new Director General, you will hear words like, where is the person from, is the person married to a Yoruba? The person can not be DG in our land which is the case of the present acting DG. Instead of choosing one who is intelligent, that knows the job, who is better off and is proven to deliver, they prefer to bring in an indigene who are favourites heading various departments in the institute.

“This act puts off the non-indigenous people as they are believed to be denied of their rights to adding their quota to national development, this is subject to further scrutiny.

The earlier is the present Acting DG and a non-indigene, hence the clamour of him to be removed.

The human right activist said, “From our investigation, we discovered that the key officers in the three unions existing in FIIRO are all indigenes even the Cooperative society of the institute is not exempted in this case, this tells you of the dirty and mean politics played in FIIRO as a non-indigene cannot rule in their land (Lagos).

Barr Egwin noted that this could not be achieved by the help and hand-work of scheming and devilish Directors and Administrative officers who hate the unity of the nation, adding that agents of evil tribalism have been present in the rulership of the two past DG’s, dictating and making sure all directors are indigenes except the present acting DG who was able to survive their antics and gimmicks as a director before taking the responsibility of the DG in acting capacity.

“This is no other but the Director of Extension and Linkages in person of Mr Oyedele Matthew Oyeku with his cohorts referred to as CABALS who are presently backing the SSAUTHRIAI Union in the institute headed by one Mr Togunde Mumeen to rubbish and tarnish the image of the acting DG which from investigation his fellow executives have come to dissociate themselves from this unjust course. Besides, the leader of Nasu Union in person Mrs. F. F. Ogunleye has confessed to the union been used as a weapon to hijack Fiiro and unsettle the present administration of the acting DG.

“Further investigation has it that the Director of Extension and Linkages (Mr Dele Oyeku) does not only possess hatred for the acting DG but to cover his tracks of financial and sex scandals alleged him which investigations are still ongoing is believed that when the acting DG is finally endorsed as the DG could use this against him.

“I hereby call on the Federal Government led by our President, President Mohamed Buhari with other well-meaning and powerful individuals who have the country at heart to meddle into this matter so that the cabals can be brought to book while tribalism would be eradicated.”

Responding to the allegation, Dr Oyedele Oyeku, he refuted the allegations, saying that it was an attempt to rope him into the crises.

Oyeku noted that he has never been in the attitude of taking laws into his hands, stressing that he has not in any way funded anyone to malign the image of the Acting DG.
He expressed that it was not his duty to determine whether the Acting DG has certificate or not, adding that as long as the Independent Corrupt Practices Commission (ICPC) has cleared Dr Chima Igwe, that he has no problem with that.

NO LICENCE FOR 5G OPERATOR YET IN NIGERIA – PANTAMI

Kindly Share This Story:The attention of my office has been drawn to the public concern…