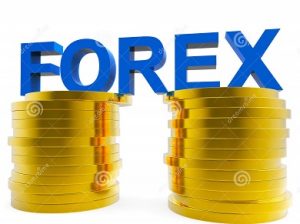 In the face of growing uncertainty about the status of Premium Motor Spirit (PMS) importation into the country, coupled with the government’s intervention in the supply of the essential commodity, petroleum products marketers now reject foreign exchange offered by the Nigerian National Petroleum Corporation (NNPC).

Prior to this revelation, the popular refrain ascribed the difficulties associated with PMS importation into the country to the unavailability of foreign exchange at the official Central Bank rate. However, Dapo Abiodun, Chief Executive of Heyden Petroleum Limited, revealed to M&P that forex was not the problem as the marketers had more forex than they needed.

The Heyden boss disclosed to our correspondent that the forex oil majors would normally have sold to banks was being made available to oil marketers under an intervention programme, effectively eliminating the issue of the scarcity of the legal tender.

“Today, forex is not our problem; we have more forex than we need. As a matter of fact, they give us forex now and we turn it back,” Abiodun stated.

Offering insight as to why marketers have started rejecting forex from the NNPC, the Heyden boss explained that due to the change in the price of crude and forex, it was practically impossible to import petrol and sell within the government price cap of N145/litre.

“Today, if I import petrol, I will land the product in my tanks at about N157/litre; meaning ex-depot will be about (since I am not a charity I have to mark it up by at least N5) N162/litre. Between depot and pump, there is about a N10/litre margin to allow for transport and dealers’ margin; so we are looking at N172/litre at the pumps,” he said.

Abiodun, who also doubles as the Chairman, Depot and Petroleum Products Marketers Association (DAPPMA), noted that, while the partial liberalization of the PMS market in May 2016 was predicated on the prevailing exchange rate of N285 to the dollar and the price of crude at the time, which was around $45 per barrel, the situation was no longer sustainable as the key parameters have changed over the space of nine months.

According to Abiodun, “The liberalization was not meant to be cast in granite. It was meant to be a process that we would continue to modulate every three or four months. However, in view of the economic situation of the country, we haven’t been able to do that. The price of crude has since gone up, meaning that the price of refined products has gone up as well. The exchange rate has also gone from N285/dollar to N305/dollar.”

Pre-empting a question by our correspondent, the oil mogul asked rhetorically: “If we were to sell as we buy, we would be selling at N172/litre. Can that price be passed on to the Nigerian public; that’s a million dollar question? The government in its wisdom believes that at this point in time in the history of this nation and economy, Nigerians cannot be saddled with anything above N145/litre. So on N145 everybody stands,” he reasoned.

In view of this standoff, the burden of importation now rests with the NNPC who is supposed to be the importer of last resort. Today, it is no longer news that the NNPC now imports about 90 per cent of the required PMS volumes by giving away crude for petrol in series of swap deals.

However, stakeholders observed that in the process of swapping crude for petrol, a subsidy is accumulating somewhere, especially as there is no provision for subsidy in the budget.

Reacting to the swap arrangement, Abiodun pointed out that it’s sustainability is in question because of the accruing subsidy. He stated that there is going to be subsidy somewhere until we let the ceiling go on the prices.

Ideally, stakeholders are convinced that in spite of the economic situation, the price cap has to go to enable marketers buy and sell at cost plus margin. In the meantime, until there are signs that the economy has begun to improve, or there are signs that the disposable income of Nigerians has increased and they can pay more for petrol, government intends to keep the price at N145/litre.

“We have had several meetings with the federal government and they have assured us that it is in their interest and ours to ensure that we resume importation and they are working something out,” Abiodun concluded.