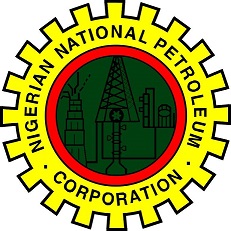 The Nigerian National Petroleum Corporation has blamed the moribund state of the country’s refineries on lack of proper maintenance of its facilities over the years.

Although the NNPC noted that Nigeria had one of the highest number of technicians in the petroleum sector in the world, it lamented that the experts had not been adequately engaged.

The Group Managing Director of NNPC, Mr Melee Kyari, gave this position when he appeared before the House of Representatives Committee on Petroleum (Upstream) in Abuja on Monday.

Answering a question on the technical capacity of the NNPC to properly manage oil exploration, refinery and sales, Kyari admitted that there was enough manpower in the petroleum to develop the industry but that the experts had not been properly engaged.

He said, “The oil industry is a technology-based industry and this technology evolves every day. I can say that in the entire global oil and gas industry, there is nowhere you would have gone that you would not find a skilled Nigerian working in the oil and gas industry. And indeed, we are probably the largest contributor to skilled manpower in the industry of all the black nations of the world.”

Kyari also admitted that Nigeria had an expansive oil and gas province but noted that its production targets had not materialised over the years.

He, however, assured the lawmakers that the corporation was now focused and that meeting the target was possible.

He said, “We are taking steps to realise this before the end of 2023, which is possible. A number of interventions are ongoing currently, including our elaborate intrusion into the frontier basins.”

Kyari also identified insecurity especially around oil productions, which he said had hindered some interventions in some of the onshore assets.

He stated that smaller African countries had budgets far bigger than N10.33tn despite having lesser populations.