Kindly Share This Story:
Nigerians have been urged to join hands with the Federal Ministry of Communications and the Nigerian Communications Commission (NCC) by being proactive in the fight against the much touted short comings, poor quality services, unsolicited sms and unauthorized deductions by telecom service operators in the country, rather than name callings and transferred aggression being exhibited on the social media. 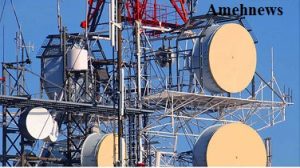 This advice was given in Abuja by the Minister of Communications, Barrister Abdur-Raheem Adebayo Shittu while reviewing the Ministry’s efforts at enhancing the quality of service by telecom service providers in the country.
In a press statement issued by his Special Assistant on Media, Victor Oluwadamilare, the Minister frowned at the substitution of name calling for good argumentation on the need for all hands to be on deck to checkmate the unwholesome and obvious detestable conduct of operators in the area of poor quality service, unsolicited messages and outright extortion.
‘’The social media should be put to more productive use in such a way to project the country well in the comity of nations and proffer enduring solutions to tame the monstrosity of epileptic services by telecom operators”, he quipped.
The Minister said that Nigerians have the right to complain about unsavory services they experienced in recent times from telecoms operators, but assured them that the Ministry is not folding its hands or shying away from its responsibility of ensuring that normalcy prevails in the industry, adding that the Ministry always put regulatory agencies on their toes to do the needful.
Rather than casting aspersions on the Ministry and the NCC for improper monitoring or not penalizing telecom operators by infuriated Nigerians, he said people should understand the workings of government and in turn appreciate the efforts of the regulators in ensuring that consumers enjoyed value for their money.
For the records, as part of his commitment to ensure quality telecom service, the Minster on March 8, 2016 read a riot act at a meeting with top management staff of all telecom operators in the country.
Issues discussed among others include Extortion Of Nigerian Subscribers By Telecom Operators, Incessant Dropped Calls On All Networks, Poor Quality Of Service (QoS), Dead Or Silent Calls And Call Tariff Plans. Others are Deficiency In Data Penetration, Roll Out Of 4G/LTE Network, Under-Declared Revenue And Profit By Telecom Operators, Disengagement Of Nigerian Tax Paying Employees By Telecom Operators Through Outsourcing To Foreign Companies And Discrepancy And Discrimination Against Nigerian Employees By Telecom Operators.
“In as much as I’m not holding brief for the telecoms regulatory agency, the Nigerian Communications Commission (NCC), I know as a matter of fact many positive steps the Ministry in conjunction with the NCC have taken in the last one year to stem the tide of most of the subscribers’ complaints”, adding that the innuendoes to the effect that the Ministry and the NCC have been compromised, indolent and not capable of rescuing the Nigerian masses is far from the truth.
“While it may be a sad truism that poor quality service, extortion and other malfeasances by operators might have led to misconceptions and somewhat destroyed family ties, it will be wrong to use the social media to disparage genuine efforts of the Ministry and the NCC to beat the offending operators to line.
‘’What we required is complementary support of the Nigerian people in achieving an enduring quality service that will be a pride of all and promote the nation’s economy”, Barr. Shittu added.
The NCC, he said, has made the consumer the focus of its regulatory activities which explains the proactive approach the current management of the Commission has towards issues that affect the consumer and on a large scale the entire industry.
The Minister added that the NCC has carried out a technical review following widespread complaints by consumers about deteriorating Quality of Service (QoS) experienced from November last year to February this year and that the Commission has on the strength of the findings summoned the major operators to a meeting at which it warned that provision of poor quality services is not acceptable, the consumer cannot be short-changed.
Speaking further, he said that rather than continuing to insinuate that there is corruption everywhere, from the Ministry to the telecom operators, subscribers should stop being complacent, they should equally be alive to their responsibilities as discernible consumers by being proactive and possibly sue erring operator where a prima facie case could be established.
For the avoidance of doubt, the regulatory agency, the NCC has come up with an idea among its numerous efforts, with a ‘DO NOT DISTURB’ code (2442) to be used by subscribers. Failure to adhere to lodged complaints, the subscribers are advised to call a toll free line 622 for complaints management by the NCC.
In the same vein, Barrister Shittu about three weeks ago presented a catalogue of complaints by the Nigerian subscribers to the top management of MTN led by its Chairman who came on a courtesy call.

Over 30 killed in Adamawa road accident