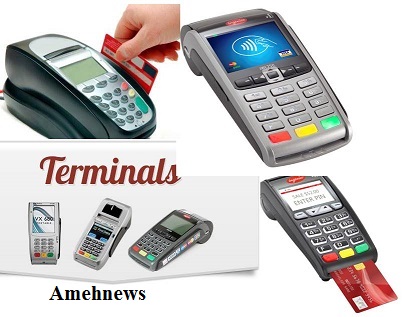 Nigeria, a country with population projected to increased by 5 055 552 people and reach 194 615 054 this year and all efforts of Central Bank of Nigeria’s (CBN) to make country a cashless economy, with report that a group of nine Deposit Money Banks (DMBs) has supplied 71,516 Point of Sale (POS) terminals to serve the above mentioned population figures.

In analysis the above figures we discovered that every POS terminal serve 2721.28 people that is using the population divided by POS gives that figures. In front of a point of sale terminal 2721.28 people lineup to obtains financial services. The CBN target  to drive Nigeria’s POS to meet that of Brazil’s PoS deployment rate of 2,247 per 100,000 people by 2020

According to the report Diamond Bank Plc recorded the highest figures with 15,092 PoS among the reviewed banks but  we discovered Diamond bank branch are not well spreaded across the states talklesss country

United Bank for Africa Plc  with 13,500 POS has also problem of wide spread of branches across the states too.

First City Monument Bank (FCMB) with 12,041 PoS terminals has fewer branches to that of UBA.

Access Bank Plc with 9,622 PoS has in some states a branch and First Bank of Nigeria Holdings Plc with 7,048 PoS terminals has highest branches among DMBs.

While Zenith bank, GT Bank, Heritage Bank, Skye bank and Keystone Bank has no records of deployments
yet.

According to the Nigeria Interbank Settlement System Plc (NIBSS) records the value of PoS transactions in June 2017 raises to N107.66 billion, bringing the total of N610.11 billion value of transactions traded on PoS in six months of 2017. NIBSS had reported N91.99 billion in January and it dropped to N90.29 billion in February.

In that report, NIBSS disclosed further that value on PoS transactions increased to N104.48 billion in March and N111.63 billion in May this year. The value of transactions through PoS channels across the country increased significantly by 69.2 per cent to N758.99 billion between Janaury and December 2016, compared with the N448.5 billion recorded in the corresponding period of 2015, data gathered from the  NIBSS revealed.

The apex bank had introduced the cash-less policy with a view to significantly reduce the volume of cash-based transactions, and PoS was one of the tools to achieve this objective. The policy was introduced for a number of key reasons, including driving development and modernisation of the payment system in line with Nigeria’s vision 2020 goal of being amongst the top 20 economies by the year 2020.

The initiative would lead to Gross Domestic Product (GDP) contributions and job creation with a ripple effect on the economy while boosting national pride and reducing exposure of national security in the area of espionage.

As part of efforts to encourage Nigerians to widely make use of electronic payment systems, the CBN had introduced an awareness campaign for electronic payment users. A report stated that Nigeria occupies seventh position among African countries where the use of PoS form part of transactions.

According to a report by Indexmundi only 21 per cent of total transactions in the country are done through the PoS device. South Africa stands at the top with 91 percent followed by Ghana 80 percent while Tunisia is third with 79 per cent. Other countries ahead of Nigeria are Egypt, Morocco and Kenya in that order.