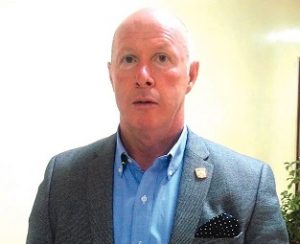 There are strong indications that recent improvement in power sector may be short-lived as the management of Egbin Power threatened t shut down operations due to non-settlement of N100billion debt, inadequate gas supply and inefficiency in operations of the Transmission Company of Nigeria (TCN).

Dallas Peavey, the Managing Director,  Egbin Power Plc  on Wednesday said that the country is heading towards another blackout by next week as liquidity, transmission and gas supply issues threatened its operations.

Peavey made the disclosure during an interactive session with energy correspondents in Lagos against the backdrop of dropped in generation.

Peavey said that the plant was being forced to gradually shutdown due to adverse effect of grid instability that endangers its turbines.

He said that another challenges was the inadequate gas supply to generate at optimal capacity as well as the huge debts owed the company by federal government owned Nigerian Bulk Electricity Traders (NBET) and Market Operator.

According to him, Nigeria’s electricity supply may get worse in the coming weeks as liquidity, transmission and gas supply issues are threatening the operation of its biggest power station, Egbin.

“Egbin power plant is one of the biggest single power generating stations in Africa, with an installed capacity of 1320 MW consisting of 6 units of 220MW each.

“Following the conclusion of the government’s privatization exercise in November 2013, the consortium formed by the partnership between New Electricity Distribution Company and the Korean Electric Power Corporation (NEDC/KEPCO) acquired Egbin Power plc, ‘’ he said .

The Egbin boss said that the  effect of the debt has become worse for the company owing to the fact that it is owed N110billion.

In his words, “we owe the gas companies and have others like our technical partners (KEPCO) to pay, and importantly our lenders, the banks.

“We have made massive investments in making the plant readily available to generate electricity sustainably but unfortunately, we can’t break even due to the gross inefficiency in the value chain.

“The government guarantees to pay us for every megawatt we generate and sell to NBET but they have not done that.

“We just got paid for the month of December, 2016, three months later and we were only paid a paltry 28 per cent out of the total 100 per cent  of the verified and accepted invoice for that month.

“That is how the outstanding debts kept accumulating for three and half years now.  Asked what will be the effect, if the debt is not paid,’’he said.

He said that eventually these unbearable business operating circumstances and conditions will shut us down any moment if it persists.

“That is the simple but bitter truth.

On transmission, Peavey, said the company had reached 1,100 MW while the installed capacity is 1, 320 MW, adding that the grid could not take the power because of the capability issues within the Transmission Company of Nigeria system.

“ We are constrained and limited to generate about 350MW daily due to both TCN system operations and inadequate gas supply issues.

`So, 70 per cent of our output is lost because available power can’t be evacuated. When you get good news from TCN that you can increase your generation, we will be faced with not “enough gas” and when there is gas, you have TCN issues. So, you have one, you don’t have the other.

“Let me be honest, if Egbin fails, it’s going to be dark as Egbin provides close to 30 per cent of Nigeria’s power, so let the required intervention be completed and urgently too, however, the Egbin turbines are ready to light up Nigeria,” NAN quotes Peavey saying