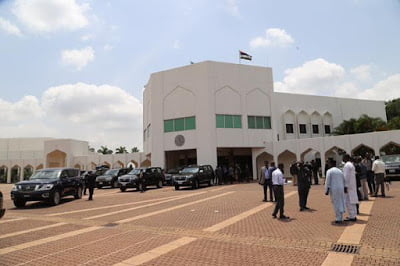 The Lagos State Government on Sunday, as part of efforts to step up COVID-19 tests,  created testing centres in 20 local government areas of the state.

The state government, which released a list of the testing centres,  stated that they were in primary health centres and other facilities in the  20 local government areas of the state.

As the Lagos State Government established the testing centres, the Presidency on Sunday insisted on its decision not to allow those who attended the burial of the Chief of Staff to the President, Mallam Abba Kyari, access to the Presidential Villa for 14 days.

The Special Assistant to the President on Media and Publicity, Garba Shehu, on Sunday tweeted, “There is nothing extraordinary about those of us who attended Abba Kyari’s funeral being advised to distance ourselves from the Villa.”

Kyari on Friday died of COVID-19 at the First Cardiologists Consultant Hospital, Lagos, where he had been undergoing treatment for the virus.

Medical experts,  according to a report by Sunday PUNCH, had attacked ministers and other dignitaries, who attended Kyari’s burial for not maintaining the social distancing rule.

On Sunday in Lagos, the state Commissioner for Health, Prof. Akin Abayomi,   at a press conference said centres were established to reduce the stress of health workers, who visited several local government areas for sample collection.

According to him,  the centres will enable the response team to have a better view of what is going on and be able to diagnosis the virus at the early stage.

“They are not testing stations, they are sampling stations and if you meet the criteria for testing, you will be able to receive the counsel of the staff and your sample will be taken.

“We are not just testing anybody, there is a criterion for testing.  You either must have COVID-19 symptoms to meet the case definition or be in close contact with somebody that has been confirmed with COVID-19. Your samples would be taken and it would then be sent to one of our accredited testing facilities and those facilities will then perform the tests.”

The health commissioner noted that the state government had ordered tailors to commence the mass production of face masks based on a standard design that had given to them.