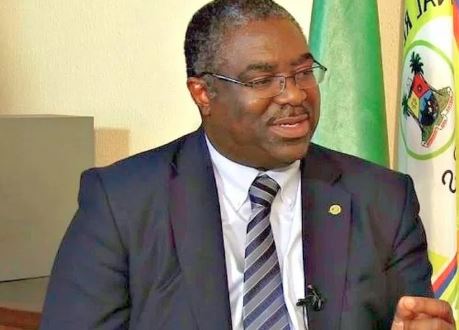 THE Presidency is expecting a comprehensive explanation today from the Federal Inland Revenue Service (FIRS) on the “variances between budget and actual collection” of taxes between 2015 and 2018.

Executive Chairman of the FIRS, Mr. Babatunde Fowler, got a query from Chief of Staff to the President Abba Kyari. He was given today’s deadline to respond.

The query, titled: “RE: Budgeted FIRS Collections and actual collections” reads: “Your attached letter (FIRS/EC/ECW/0249/19/027 dated 26 July 2019) on the above subject matter refers.

Following the dwindling intake from oil sales and the determination of the government to expand the nation’s revenue base, President Muhammadu Buhari appointed Fowler as FIRS boss on August 18, 2015 on a four-year renewable tenure. Questions are being raised in some quarters about the query, coming at a time the FIRS boss’ tenure is due for renewal or termination.

In January, Fowler announced that the agency was targeting N8 trillion for 2019.

The FIRS boss could not be reached on Sunday but sources close to him said he would send his response before the expiration of the deadline.

The query marked: “Restricted” added, “we observed that the actual collections for the period 2015 to 2017 were significantly worse than what was collected between 2012 and 2014. Accordingly, you are kindly invited to explain the reason for the poor collections.

In realising the milestone, the FIRS boss noted that the non-oil component accounted for N2.467 trillion (about 53.62 per cent) of the N5.320 trillion.

The FIRS is entitled to four per cent cost of the total collection.

He said: “The Service has been making tremendous efforts in also increasing the amount of non-oil revenue it collects. Non-oil collection has contributed 64.99 per cent in 2016, in 2017 it contributed 62.25 per cent and in 2018 it contributed 53.62 per cent. This represents the government’s focus on increasing non-oil sources of revenue and the diversification of the economy.”