President Muhammadu Buhari has called for improved synergy and collaboration among African countries to effectively attain a sustainable use of Africa’s Oceans and Seas. 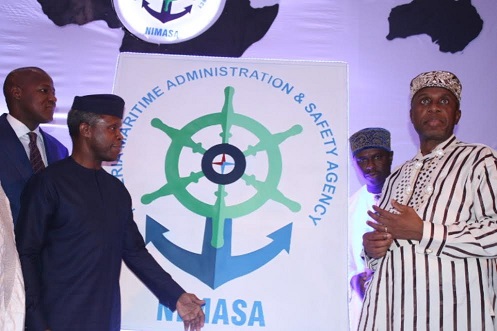 President Buhari who made the call while declaring open the 3rd Conference of the Association of Heads of African Maritime Administration (AAMA) in Abuja admonished Maritime Administrators across the continent to continually work together in building strong maritime economies.

The President who was represented by Vice President, Prof. Yemi Osinbajo (SAN) noted that the Federal Government has paid significant attention to making the Nigerian maritime business environment a much friendlier one, adding that the immediate priority in this regard is the entry and exit of goods especially in Nigerian seaports to increase efficiency of Nigerian Ports and enable quick turnaround time of vessels.

In his words, “We recently approved a new maritime security architecture and infrastructure to be jointly coordinated by NIMASA, National Security Adviser and Federal Ministry of Transport. We have given required support to the Navy so that they can work with others within our sub region to effectively police our waters for trade. This arrangement will also contribute to resolving and eliminating piracy and sea robbery in our maritime domain”

President Buhari also noted that with the vision of AAMA, Africa is on the right path by using collaborations and synergy to develop the African maritime sector beginning from the National level, regional, sub regional and continental level.

The President also announced that the Federal Government has approved the maritime security architecture and infrastructure which is to be jointly coordinated by the Nigerian Maritime Administration and Safety Agency (NIMASA), the Ministry of Transport and the National Security Adviser’s Office.

The measures that we are putting in place are designed to improve the efficiency of our ports and to enable quick turnaround time of vessels. Technology is also been deployed to make our port operations more transparent and effective in support of economic growth. NIMASA, which is the regulatory agency of shipping and maritime activities in Nigeria is been reformed so that it can play its expected role as a facilitator of economic prosperity. 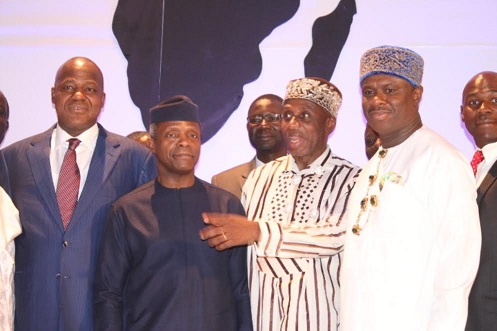 On his part, the Honorable Minister of Transportation, Honorable Rotimi Amaechi said that Africans cannot allow the international partners set and champion an agenda for the African continent. He noted that Africa’s seas should contribute significantly to the economic and environmental needs of the continent. He charged members of AAMA to  lead the way and outline a vision

While calling on other African countries to support Nigeria’s quest to return to category C of the IMO, he disclosed that Nigeria has ratified 35 IMO Conventions, gazetted 34 maritime regulations, while several other maritime conventions are at different stages of being either domesticated or ratified. He added that Nigeria has stepped up efforts to make the country a deserved maritime hub by embarking on comprehensive port reforms, digitalization of all processes in the sector, upgrading port infrastructures and linking it to the rail network.

“what we require to move Africa forward is a concerted and co-operative spirit amongst African. That is why it is imperative that maritime administrators and regulators conference of this nature becomes regular to forge needed partnership. 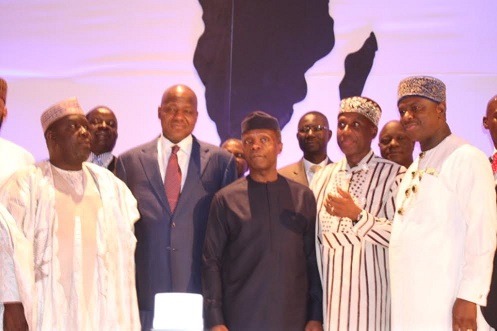 The Director General of NIMASA Dr Dakuku Peterside noted that Nigeria is delighted to host the 3rd AAMA Conference after the first in Mombasa, Kenya and the second in Sandton, South Africa. While noting  that Nigeria accounts for over 60% of the total seaborne traffic in volume and value in West and Central Africa region.  The country is determined to advance African Maritime prosperity.

According to him “It is no coincidence that this conference of maritime administrators and stakeholders is coming two years after African Leaders through the African Union subscribed to seven (7) key aspirations encapsulated in the Agenda 2063 at Addis Ababa, Ethiopia in January 2015 and three years after the adoption of Africa Integrated Maritime Strategy (AIMS) 2050.”

Only recently, to further reinforce the critical role maritime can play in the development of Africa, the African Union (A.U.) special summit of heads of government  on maritime security, safety and development in Lome, Togo, 15th October, 2016 aligned with us. They adopted a Charter on Maritime Security, Safety and Development aimed at making Africa’s maritime space the key driver of the continent’s socio-economic development. This document was endorsed by 43 out of 54 African nations. 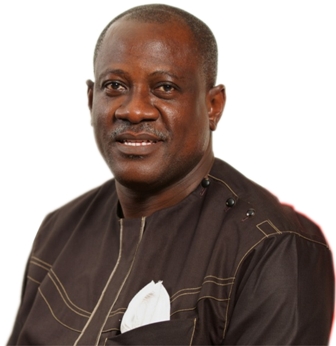 Accroding to the statement released by ISICHEI OSAMGBI,Head, Corporate Communications, NIMASA  revealed that the Association of African Maritime Administrators (AAMA), inspired by African Union maritime transport charter provides us, as stakeholders in maritime sector, a platform to give effect to the various charters adopted by our heads of government whether AIM 2050, Agenda 2063  or Lome charter.