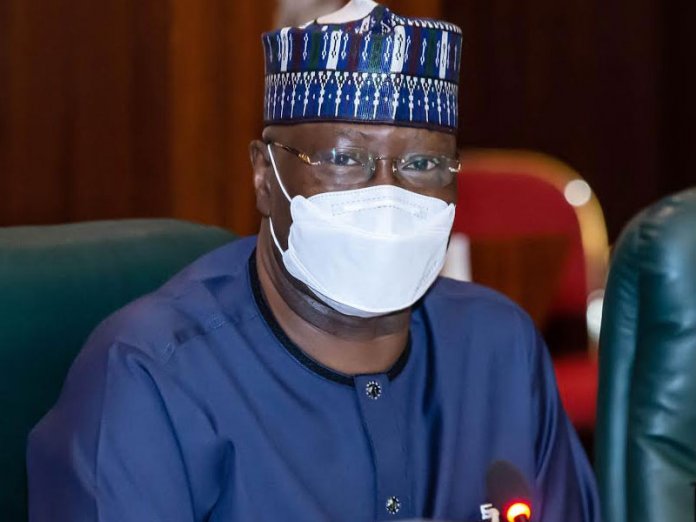 The Chairman of the Presidential Task Force (PTF) on COVID-19 and Secretary to the Government of the Federation (SGF), Mr. Boss Mustapha has said that the task force is currently concluding discussions with the Independent National Electoral Commission (INEC) on appropriate guidelines to be adopted for elections scheduled in Nasarawa State on August 8, as well as the governorship elections in Edo and Ondo states in September and October, respectively.

The federal government also yesterday announced the reopening of the 104 unity colleges for SS3 students to undertake revision ahead of the 2020 West African Senior School Certificate Examination slated for August 17.

Mustapha noted that the national response would continue to guide the adoption of sector specific guidelines and COVID-19 protocols.

Speaking yesterday in Abuja during the media briefing by the task force, Mustapha implored party leaders, political offices aspirants, members and supporters to be mindful of virulent nature of COVID-19 during electioneering campaigns and other election processes in other to remain alive to reap the benefit of democracy.

He also thanked all the state governors for putting in place the necessary protocols to ensure social distancing and the correct wearing of masks during the Eid festivities, noting that the ban placed on traditional Eid activities like Durbar and other activities of mass gathering by sub-national entities also helped in limiting opportunities for community spread of COVID-19.

Also speaking at the briefing, the Minister of Humanitarian Affairs, Disaster Management and Social Development, Sadiya Umar Farouq has declared that it is not realistic for the federal government to provide COVID-19 palliatives for all Nigerians.

Farouq refuted an earlier statement credited to her that every Nigerian citizen had received palliative from the federal government.

She also said the feeding of 124,589 households in the FCT, Lagos and Ogun States between May and July under the modified homegrown school feeding programme, cost the federal government N523, 273, 800.

The minister said that provision for three meals per day was made for three children in every household at the cost of N4,200 in 20 school days per month, adding that the figure was arrived at after proper consultation and was not invented.

Meanwhile, the Federal Capital Territory Administration (FCTA) has said all schools can reopen for exit students only, on August 4 (today) for preparation for their West African School Certificate examinations and Basic Education Certificate Examination (BECE).

The Acting Secretary for Education, FCTA, Umaru A. Marafa, said yesterday that all schools that had put measures based on the PTF guidelines and had been inspected and certified as ready for resumption by the Department of Quality Assurance of the Education Secretariat can re-open from the aforesaid day.

In related development, the federal government yesterday announced the reopening of the 104 unity colleges for SS3 students to undertake revision ahead of the 2020 West African Senior School Certificate Examination slated for August 17.

The government directed all the colleges open from today to pupils.

The Minister of State for Education, Mr. Chukwuemeka Nwajiuba made the announcement at the end of a virtual meeting held yesterday with Commissioners of Education of the 36 States and other stakeholders .

In a statement by the Director, Press and Public Relations, Federal Ministry of Education (FMoE), Ben Goong, the minister lauded principals of the Colleges for comprehensive preparation put in place ahead of resumption.

According to the statement, all returning students are to undergo temperature checks and other COVID-19 protocols before being admitted into their schools.

According to the statement, commissioners of education were enjoined to embark on assessment tours in their jurisdictions to ascertain the level of preparations for reopening.

“All returning students are to undergo temperature checks among other protocols before being admitted into their schools,” the statement added.

In another development, the federal government has said that its target is to reduce deaths due to COVID-19 disease from the present two per cent to less than one percent

Minister of Health, Dr. Osagie Ehanire said at the task force’s briefing that the ministry is working with the states to ensure that patients with significant clinical symptoms are kept in a holding room pending the outcome their test result.

“Our objective is to reduce case fatalities to less than one per cent from present two per cent, and we are working on innovative interventions with prospects of improving survival chances, especially for the elderly and those with co-morbidities,” he said.

Ehanire said that the ministry is planning to extend collection of samples to facilities at local government councils and community levels in order to further increase access to covid-19 test.

“Although it is far too early to draw conclusions, it is noteworthy that testing increased by over 40,000 in one month and the number of positive cases dropped by more than 2,000. But we must not rest on our oars: it is just suggestive of the fact that our strategy is not failing, and we must continue to sustain efforts”

On his part, the Director General of the Nigeria Centre for Disease Control (NCDC), Dr. Chikwe Ihekweazu said that tremendous progress were being made towards the development of vaccines for the prevention of COVID-19.

NCDC boss said: “London Hygiene School and Tropical Medicine showed that there are 226 vaccine candidates right now at different stages of development. So far, preclinical and early data is encouraging as early data has shown that vaccines that are going through this trials are welk tolerated among volunteers which is the first thing you do but we still don’t know how effective it is in large populations.

“Right now, there are about five candidates that are in phase 2-3 trials which is when you strike the vaccine in up to 30,000 people”

“Vaccine development takes between 10-20 years but yet we have made an incredible progress in the last six months, the mist recognised vaccine tracker by the London Hygiene School and Tropical Medicine showed that there are 226 vaccine candidates right now at different stages of development.