The Port Terminal Multi-services Limited (PTML) Command of Nigeria Customs Service has generated a total of One hundred and four billion, six hundred and forty- nine million, two hundred and two thousand, two and fifty-one naira (N104,649,202,251.00) only as revenue to the Federal Government coffers for the first half year of 2021 (January to June). 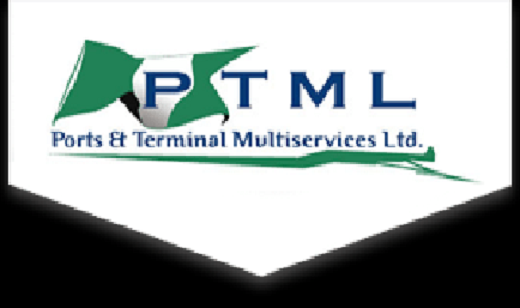 According to the statement endorsed and released by Yakubu Muhammad, Customs Public Relation Officer of PTML Command saying this is N16.8 billion increase above the N87, 818,715,599.599.00 that was collected between January and June 2020. Which represents 19.2 percent increase of the Command’s revenue.

The PRO’ statement revealed that the increase in revenue collection is due partly to operational strategies emplaced by the Customs Area Controller, Comptroller Festus Okun to prevent revenue leakages, promote trade facilitation and achieve seamless cargo clearance for compliant importer.

“The Command was able to put more measures in the area of capacity building for officers, strengthening of the dispute resolution Committee and building a strong quality service delivery, thus engendering ease of doing business. We have a functional help-desk while we keep our doors open to stakeholder for direct access.

The statement attributed the increment to the volume of trade which saw comparative increases in monthly collection from March 2021 after initial revenue shortfalls in the earlier months of January and February when compared with 2020 collection.

“These has been a surge of increases in monthly collection from March to June this year compared to what was collected same period of last year. In the month of June 2021, the Command generated the sum of N22, 253,694,223.00 which is an unprecedented record in our history as an area Command. The issuance of demand notices (DNs) from uncovered revenue shortfalls within the period under review amounted to N499,376,085;00.

In the month under review, a total number of 95 ships berthed at the PTML terminal carrying 17,717 containers and 118,431 imported vehicles between January and June 2021.

The report further disclosed that the Command handled export goods with a total tonnage of Seventy- seven thousand (77,000.23) metric tons, with a total Free on Board (FOB) value of Fifty-five Billion, five hundred and forty-six thousand, one hundred and eighty-eight thousand, three hundred and twenty-four Naira, sixty-four kobo. (N55, 546,188,324.64) only.

During the period under review, the Command made (2) two seizure of 2x20ft containers which comprises of some rice and vegetable oil with a Duty paid value Seventy million, four hundred and thirty-four thousand, two hundred and seventy-seven naira (N17,434,277.80) only.

While commending the officers and men of the command for their patriotism and commitment to national interest, comptroller Okun urged them to double their efforts to achieve a more resounding feat by end of 2021.

The Area Controller, in our various stakeholder’s meeting describe PTML as a model port with many advantages for importer and exporters, urged them to increase their level of compliance.  The command also provides opportunity for vehicle importation with speedy clearance being a model RoRo port that should discourage car smuggling through land borders.

He reiterated that the four-hour clearance time for compliance Roll on Roll off (RoRo) cargoes is very much subsisting.

6 Movies To Watch On GOtv This Weekend