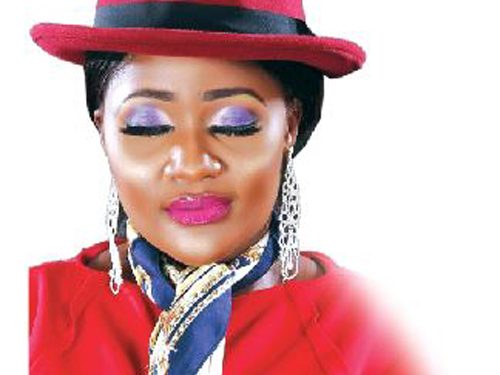 Popular actress and producer, Biola Adekunle, popularly known as Miss Pepper came to the limelight in 2011 for her role in the movie, ‘Monday omo Adugbo’ and has since become a household name in the Yoruba movie industry. In this interview with ELIZABETH OLATUNDUN, the new mother speaks on her life experiences and challenges. Excerpts

WHAT is your personality?

My personality is amazing and unique. I do my things my way, I portray a good dignity and I don’t indulge in shady deals.

Who is Biola Adekunle when she is not acting?

Biola Adekunle in real life is an easy going woman, God-fearing and productive. She is happily married and blessed with a beautiful baby girl. Biola Adekunle on screen can be anything based on the role she is asked to play and she makes sure she delivers her role perfectly.

What lured you into acting?

Acting is a passion and I was in love with it. I made the decision on my own and I’m not regretting it because it’s something I’ve always wanted to do, even though I’m an HND holder in accounting.

How are you coping as a wife, actor and producer?

I tried my best to be able to differentiate between wife and actor. They are two different persons and with the grace of God, I’m able to work it out and it’s working well for me.

Yoruba actors are known to belong to caucuses. What caucus do you belong to?

Back then, I was with Igi Aloye in Abeokuta (Ogun State).

How did you meet Odunlade Adekola?

My elder sister sent his number to me when I told her I would love to go into acting. She is  an actor too, Abosede Adekunle. That’s how I met him.

How profitable has acting been?

Well, in any circumstance you find yourself, you should give thanks to God for granting you the privilege to scale through. It has not been easy but I thank God for everything, Alhamdulilah! It has been profitable and will always be for me.

So far, what have been your challenges?

My challenges are mostly caused by our bad government because of the bad situation of the country, which is affecting most of us in the industry. Piracy is a major challenge for every producer, including poor sales and unfaithfulness by marketers. Some of our marketers are promiscuous in nature, which is one of every female producer’s challenges. You may not understand my point but it’s one of our challenges.

And what has been your most unforgettable experience?

I could remember one of my productions where a light man mistakenly broke a very expensive TV screen while trying to position the light on set. The owner of the TV only allowed us to make use of his house to shoot our movie. It was a very sad day for me because I related the TV with a very large amount of money, almost half of my production money. I can never forget that day anyway.

How did you derive the name ‘Miss Pepper’?

Originally, ‘Pepper’ is my nickname given to me by my childhood friend due to my style of living because they think I’m a strict young lady. Then, I don’t take shit from anyone, especially if the person is trying to cheat me. I don’t like it, so I give it back hot!

How does your husband react when you play a romantic role?

Well, he is used to it. Sometimes, he is present where we are working because he is also a producer. Sometimes, he corrects me if I don’t play my role as expected and he had been there with me before we got married.

Have you been sexually harassed before?

Definitely! 70% of us have faced a lot of challenges from the senior colleagues in terms of sexual harassment. Based on the usual talks from them that they won’t give roles or you have to do what they want if you want to ‘blow’. It’s such a funny thing to me but you have to believe in yourself and never fall into such trap.

Are you working on any project?

Yes, I’m working on a new project titled,”Bibiire” by Bwealth films. So, watch out.

Aside acting, what else do you engage yourself with?

I’m an entrepreneur and if not acting, I do my clothing business, hair and cosmetics.

How do you think the Nigerian movie industry can improve?

The only way Nigeria movie industry can improve is by coming together as one, love one another, join hands together to build a new, strong system. So, the government can support to elevate the industry, not the way we are running it. We are not united and it’s affecting us all.

Kindly Share This Story: Union Bank has announced its partnership with TEDxLagos to host the…