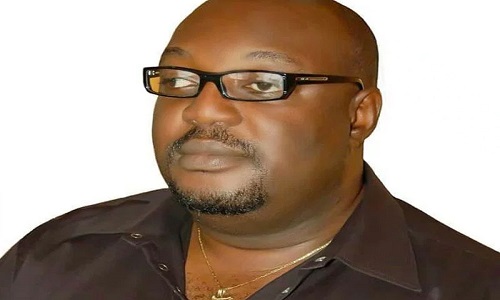 Chairman of House of Representatives Committee on Aviation, Nnolim Nnaji, has said work should be reopened on the protracted Abuja Airport’s second runway.

Nnaji spoke on Thursday during his post-inaugural address to the House.

The lawmaker said the strategic location of Abuja airport to the nation’s seat of political power makes it imperative to have a second runway.

He said the authorities do not need to wait for an accident before embarking on the critical project.

Nnaji gave an insight into the committee’s plans to engage the Ministry of Aviation and the Federal Airports Authority of Nigeria (FAAN) on how to bring the project to fruition.

The committee chairman pledged to partner the Senate Committee on Aviation to collaborate with industry agencies to bequeath to Nigerians an industry that is safe, reliable and viable.

He said the House would review the policies that tend to hinder the growth of domestic carriers, which led to the dominance of international carriers over the nation’s airspace.

The agencies operate dual budgets that include the statutory Federal budget, which is embedded in the ministry’s annual budget proposal and the Internally Generated Revenue (IGR) budget.

They are all supposed to be submitted annually to the committee for appropriation.

Nnaji said beyond this, the ministry is expected to forward to the committee a yearly Aviation Development Master Plan (ADMP), which would form the policy framework for the development of the nation’s Aviation sector as a major hub for Africa.

countries to address the increasing dominance of the nation’s Aviation industry by foreign airlines so that “our indigenous carriers can be protected from early collapse as has been observed”.

He added: “Permit me also to emphasise that the protracted second Abuja Airport runway is now overdue for actualisation because of the strategic importance of the airport as the gateway to the nation’s capital and seat of government.

“It is pertinent to point out that in the event that we witness an accident on the runway, the airport will be shut down to traffic until accident investigators are done with their preliminary investigations.

“We shouldn’t wait for that to happen before we do the right thing. We will engage the Federal Ministry of Aviation and FAAN to bring this to fruition.”