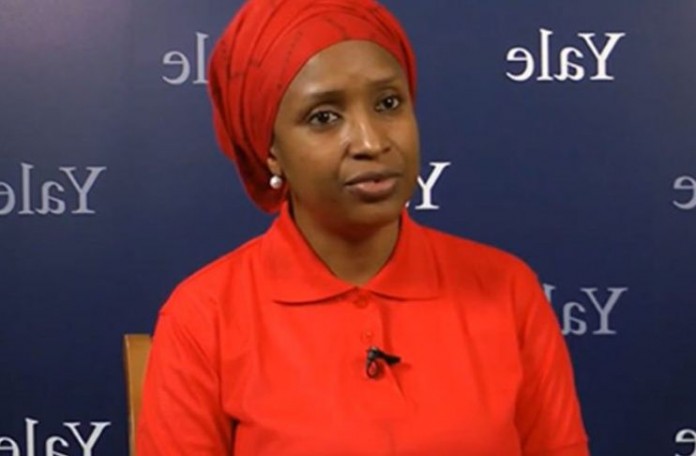 The access seaports bad roads that led to the withdrawal of service by stakeholders in the maritime sector is beginning to generate positive interest among government agencies operating within the seaports systems.
After taking analysis of the state of the bad roads, the Managing Director of Nigerian Ports Authority (NPA),Hadiza Bala Usman has revealed that the funding of the project concerning the Wharf Road, Creek Road,Tin Can Island Access Road, Cocoanut Roads leading to Mile 2 and the Oshodi/Oworonshoki Expressway will gulp the sum of N4.3 billion.

She said the Authority is at the verge of getting approval for the said sum from Federal Ministry of Power, Works and Housing, who are the parents funding ministry, but that the remaining would be gotten through synergy and partnership with Messrs Dangote Group who is expected to collaborate with NPA to the tune of N2.5 billion as part of its Corporate Social Responsibility (CSR) while the NPA would provide the remaining sum of N1.8bn.She made this known while addressing stakeholders on the need to sheathe their sword concerning the recent withdrawal of services from the ports in Apapa and Tin-Can.

Addressing the stakeholders, the NPA Boss assured all that the management of NPA would jointly fund the reconstruction of the two major roads linking the seaports in Lagos.She said that this was part of effort in proffering solutions to the deplorable condition of the arteries.
According to her, Wharf road is to cost N4billion, for short term basis while Dangote Group and Flour Mill Nigeria Limited have agreed to contribute their own funds on the project.
Usman who was accompanied by the Executive Secretary, Nigerian Shippers’ Council, Barrister Hassan Bello and a member of the house committee on Ports, Harbour and Waterways ,Honourable Joseph Ayodeji said though the roads are under the purview of the ministry, the agency has to show interest to jointly fix the roads.She also added that, the poor state of the roads are the priority of the agency considering the huge revenue generation and NPA has also identified budgetary heads despite the non inclusion in the budget.

It could be recalled that both officials of the Association of Nigerian Customs License Agents (ANCLA) as well as members of the National Association of Government Freight Forwarders (NAGAFF) had issued a 21 day ultimatum to government to ensure that all facilities that would aid seamless trade are put in place.