One man that is making a grand entry into the political turf of Bayelasa state is Reuben Okoya; and his antecedents are speaking volumes for him in the firmament of the volatile politics of his state. His entry into the gubernatorial contest has just suddenly altered the political calculations in the state of “glory of all land.” And like an eagerly-awaited breath of fresh air, Architect Reuben Okoya, a chieftain of the Peoples Democratic Party (PDP), former Commissioner for Special Duties and Coordinator, Abuja Metropolitan Management Council (AMMC,) is stealing the political show, as he is now the toast of all who matter in the politics of Bayelsa State. 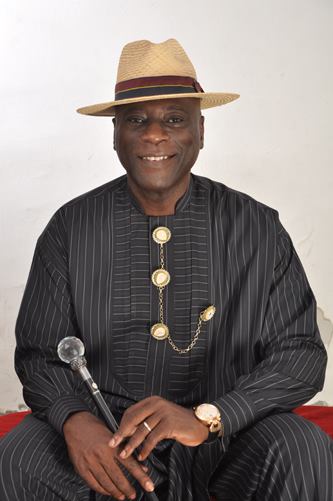 For one, Okoya has an edge over others who are similarly jostling for the throne. And that is his ability to combine the wisdom of the elders with the dynamism of the youths, which is obviously lacking in most of those parading themselves to take a shot at the Bayelsa government house. Yet others who share his political philosophy believe that Okoya if given the chance will bring into the state’s governance; creativity, innovation, style, patience and commitment, the qualities for which he has been credited with while superintending over political offices in the past. A deft manager of human and material resources, the architect and scion of the late monarch HRM Ezekiel Okoya of Ekpetiama is today canvassing a new approach to addressing issues of under-development and injustice in the Niger Delta, which his people have been subjected to over the years but which when tackled in a number new ways would spur growth in the oil-rich region and bring about better life for the people.

Speaking at the recent 2019 Isaac Boro Day anniversary and wreath-laying ceremony for the late icon of struggle, at the Ijaw House in Yenagoa, Okoya, a popular philanthropist, said the time had come for fresh perspectives to be adopted in tackling youth restiveness and related issues in the region, while he urging the Ijaws, especially the youths, to acquire more education in order to deepen the struggle for fairness and equity.

Okoya, a leading contender for the PDP governorship ticket in the state, said through proper communication and display of intellectualism the Ijaw people could get the understanding of others and attract attention to their sufferings and general under- development of their land. Commending Boro for his sacrifice for the Ijaw nation, he said that people had at some point resorted to armed struggle, but it was important and more effective to fight with the brain using the tool of communication and engagement, noting that every war has always ended on the round table through superior arguments.

The PDP stalwart said Nigeria’s well-being has and is still depended on the crude oil in the Niger Delta, and called for dialogue and education in order to convince other ethnic groups that the indigenes of the region should get more benefits. Arc. Rueben Okoya is a 1978 alumnus of University of Oklahoma, USA, where he bagged a bachelor’s of science in Environmental Design (BSED), and a master of Architecture (M. Arch) from Florida A and M University, Tallahassee, Florida, USA in 1984.

He is a member ofNigerian Institute of Architects (NIA), Royal Institute of British Architects (RIBA) and American Institute of Architects (AIA). He comes from the illustrious family of Late His Royal Majesty Ezekiel Pappah Okoya of Bumoundi in Ekpetiama Clan, the Ibenanaowei of Ekpetiama kingdom and late Mrs. Sussanah Okoya of the eminent family of Chief Michael EnguleSoba of Igbedi, both of Bayelsa State. He is a devout Christian with true greatness wrapped in humility, simplicity and strong unshakable faith in the will of God. Arc., Okoya is happily married to Natalie, who is also a technocrat, they are blessed with lovely children. With his ‘’ROK” Foundation, he has always been given to the less-privileged in the society. In his benevolence, hundreds of people (individuals and families) across the nation have received sundry cash and material donations since 2003.

His passion is to reach out to a greater number of people, who are in dare need for assistance, and that has been the fore focuses on meeting the various needs of the people in Nigeria beginning with Bayelsa State. Reuben Okoya (ROK) Foundation strives to ensure a better quality of life for the people by organizing valuable outreach programs that positively impact and contribute to their economic well-being.