The Ogun Area Command Controller, Nigeria Customs Service, Sani Madugu, said smugglers now use the creeks along the border communities at Idiroko, Ipokia Local Government Area, to smuggle bags of rice and other prohibited products into the country. 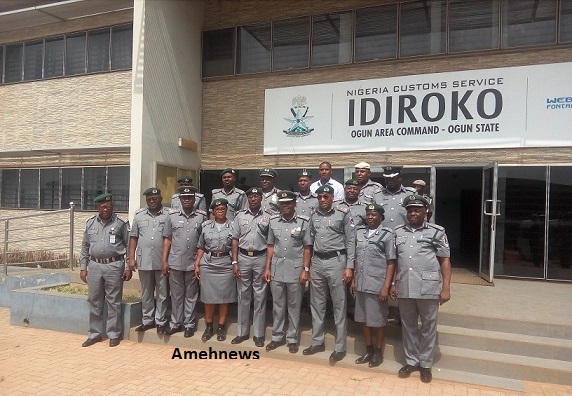 The Customs boss, who took over the command on 25th April 2017, said within the period, officers and men of the command during surveillance intercepted 483 bags of rice, 721 cartons of imported croaker fish, two exotic cars (Mercedes Benz S-class 2015 model and Toyota corolla 2009 model) and one Volvo truck.

Madugu said in summary all the intercepted goods have Duty Payable value of over N37m.

He disclosed this yesterday at the command’s border office at Idiroko, while briefing newsmen about seizure of prohibited goods coming through land borders made by the command in the last three weeks. Madugu, said:

” We have discovered one of the new methods of smuggling bags of rice and other prohibited products into Nigeria through Idiroko, is through the creeks in Ipokia.” “The smugglers now use small, small canoes to bring in the bags of rice. They were not aware that we had mounted surveillance there, as they were bringing in the consignments, our operatives swooped on them. In the last three weeks, we have made seizure of 483 of 50kg bags of rice.

” While making veiled reference to the recent clash between Customs operatives and smugglers around the Tollgate area at Sango-Ota, the Customs boss warned that any smuggler who engaged operatives in gun battle would get “fire for fire.”