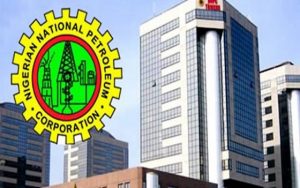 Indications have emerged that barring any disruption in US Shale oil output in the near future; Nigerian traditional oil customers may be fully attracted to US oil and that may mar the chances of foreign reserve rise and delivery of yearly budgets.

Latest report say Nigeria has lost some of its market share in Europe, its biggest regional market, as crude oil exports from the United States penetrate more destinations.

Nigeria had been basking on the convergence of the OPEC’s cuts exemption and peace in Niger Delta which translated to boom and sharp rise in crude oil export since the beginning of the year.

But the observed market share displacement by US crude in strategic regions where Nigerian oil had held dominance may cause another round of Nigerian oil hovering aimlessly on the international waters hopelessly scrambling for buyers at the mercies of pirates.

Amehnews recalls that the US had in December 2015 removed the 40-year-old restrictions on its crude exports following the rapid growth of its oil production from 2013 to 2015.

The US Energy Information Administration (EIA) said on Tuesday that the country exported crude oil to 26 different countries in 2016, compared with 10 countries the previous year.

Among the countries were buyers of Nigeria crude including Netherlands, China, Italy, the United Kingdom, Colombia, Singapore, Peru, France and Spain.

EIA said, “Aside from Canada, European destinations such as the Netherlands, Italy, the United Kingdom, and France rank high on the list of the US crude oil export destinations.

“The second-largest regional destination is Asia, including China, Korea, Singapore, and Japan. In 2016, the United States exported to eight different Central and South American destinations, including Curacao, Colombia, and Peru.”

The Netherlands, which is one of the biggest European buyers of Nigerian crude, received 38,000 bpd of the US crude oil in 2016, making it the second-largest destination after Canada.

The country’s monthly import of Nigerian crude oil plunged to an average of 3.7 million barrels last year, up from 9.1 million barrels in 2015, data from the Nigerian National Petroleum Corporation showed.

According to the EIA, several factors appear to have contributed to the rise in the US crude oil exports in 2016.

It said increased crude oil imports in 2016 substituted for some domestic crude oil at the US refineries, allowing higher exports despite lower US production and increased refinery runs.

Low tanker rates for most of 2016 helped to narrow the price spread needed to allow for an economically attractive trade between the US and overseas markets.

Meanwhile, Nigeria’s crude oil exports are set to rise to 1.66 million bpd in May, according to a loading programme compiled by Reuters this week, but market for the rise may be a huge challenge as time goes