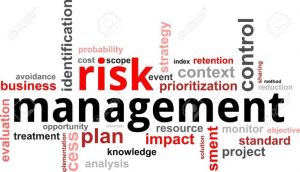 The New Year will bring ,many new things, potential regulatory and legislative changes, and analysts are advising innsurance corporate boards to take a vigorous approach to risk management in the coming months.

Financial services firm KPMG L.L.P. advised companies in a report released Jan. 3 to take a hard look at their board composition and determine if the boardroom is aligned with the company’s strategy.

New York-based KPMG said 43% of respondents to a survey of 2,300 directors released on June 21 cited “resistance to change” and “status quo thinking” as hampering their board-building efforts.

Companies should also reassess their crisis-prevention and readiness efforts. KPMG said crisis prevention goes hand-in-hand with good risk management — identifying and anticipating risks, and putting in place a system of controls to prevent such events and lessen their impact should they occur.

Assess how well the company’s crisis planning aligns with its risk profile, how frequently the plan is refreshed, and the extent to which management and the board conduct mock crisis exercises, KPMG advised.

Cyber security consultant Stroz Friedberg Inc., now a unit of Aon Risk Solutions, predicts that 2017 will usher in intensified cyber attacks, new regulations and a shift in how businesses approach cyber risk management. Top threats this year include nation-state cyber espionage, a rise in data integrity attacks and an increase in attacks that harness internet of things devices, the company said in a report issued Jan. 5.

Data sabotage as the next big threat will become a reality in 2017, Stroz Friedberg said. Criminals will seek to sow confusion and doubt over the accuracy and reliability of information, impairing decision-making across the private and public sector.

On the trade front, Michael Kornblau, Marsh L.L.C.’s New York-based U.S. trade credit practice leader said that changes in trade policy — including a move away from free-trade agreements — could alter the trade credit market. Speaking in December during a Marsh webcast, “The New Risk of Reality,” Mr. Kornblau said these changes could lead to balance-sheet pressures — including reductions in sales and working capital — on companies with more than half of their revenues outside of the U.S.

Less regulation and lower taxes are the most significant changes that are expected next year, both of which are expected to benefit businesses, said Michael Poulos, New York-based president of Marsh Risk Consulting in the webcast. A stronger dollar could also help larger companies with extensive operations overseas, while others could benefit from changes in credit and monetary policies, he said.

The New York-based law firm Shearman & Sterling L.L.P. said in a Jan. 3 report that 2016 was a “banner year” for the Foreign Corrupt Practices Act, noting that SEC’s and U.S. Department of Justice’s combined 27 corporate enforcement actions and $6 billion in total corporate sanctions are the highest since the statute’s enactment.

“With the 2016 FCPA enforcement year now over and 2017 to come, it is anyone’s guess what lies in store for the future of the FCPA,” the report said. “We will have to see whether the incoming presidential administration attempts to pull back from the current record levels of enforcement. That said, as global anti-bribery efforts gain momentum across the world and enforcement agencies across jurisdictions continue to interface, in our opinion, it would appear that other jurisdictions…may, in the future, become as active as the U.S. has been.”

Trump given unverified reports that Russia had damaging details about him