Rite Foods Limited, a Nigerian leading foods and beverages company, has demonstrated its resolve to the promotion of talents in Nigeria through its Bigi brand, which sponsored the Prophetess Movie Premiere for select movie lovers in Nigeria; recently. 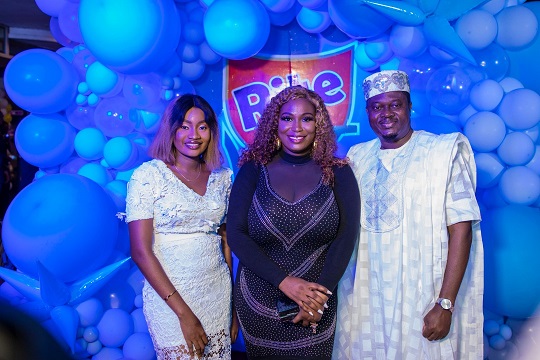 From Right: Nollywood Actor, Muyiwa Ademola and some guests at the Prophetess Movie Premiere, held in Lagos, recently.

The movie with the theme, Celestial, Angelic, Heavenly, was shown at the Film House Cinema, Dugbe, in Ibadan, Oyo State, on March 26, this year and two days later, at Imaxx Cinema, in Lekki, Lagos.

It has the attributes of uniting the nation in its diversities, connecting families and communities, and packed with great football comedy as well as family entertainments.

The first show of the film was indeed very colourful, as it was an evening of excitement and humour, with lots of movie stars in attendance.

Nollwood Actress, Toyin Abraham and some guests at the Prophetess Movie Premiere, held in Lagos, recently 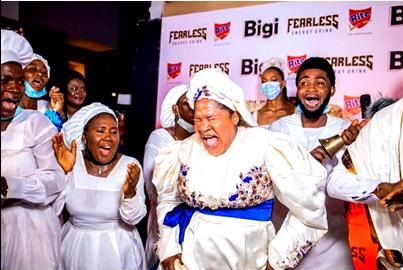 It was an evening of excitement and entertainment as many commended Rite Foods’ Bigi brand for supporting talents and the entertainment industry in the country.

It was also a pleasurable time of humour, with the celebrities and viewers who were over-the-moon acknowledging that the movie fit the bill of a modern creative storyline and quality production with the display of exceptional skills.

Directed by Niyi Akinmolayan, Produced by Victoria Akujobi, Mimi Bartels, Matilda Ogunleye, the movie is about the story of Ajoke (Toyin Abraham), a local Prophetess, who made a spurious prophecy about a football match which sets off a chain of events beyond her control. Knowing that her life was in danger, she decided to seek assistance from her sister, and as events unfold, the narrative continues with awe-inspiring scenes that kept spectators marvelled. 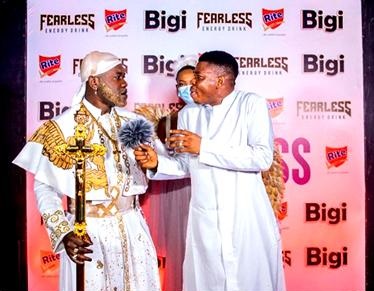 Nollywood Actor, Muyiwa Ademola and some guests at the Prophetess Movie Premiere, held in Lagos, recently

And it will be available in cinemas nationwide from April 2nd, this year, and would also be released on Netflix.

Eulogising Rite Foods, the Movie Producer, Victoria Akujobi, said the company has contributed immensely to the development of talent and the entertainment industry in general.

She commended the Bigi premium brand for its support which will help in taking the movie industry to an enviable height.

Commenting on the sponsorship, the Managing Director of Rite Foods Limited, Mr Seleem Adegunwa said the foods and beverage company is committed to the promotion of Nigerian talents in entertainment, special skills and ideapreneurship.

He added “We are particularly interested in the Nigerianess of positive invention, idea generation and talents that promote our common values.” 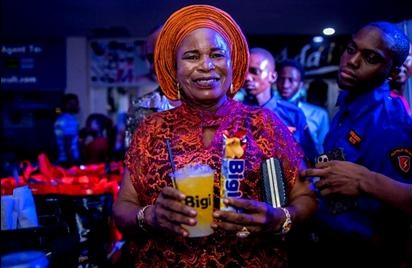 A guest at the Prophetess Movie Premiere, held in Lagos, recently

As a leading soft drink in the beverage sector, the Bigi brand has also aided the entertainment sector through the sponsorship of the Nigerian Idol, a music reality show, which began few weeks ago.