The African Brand Congress has announced Rosemary’s – The Soft Furnishing Company as winner of its Africa’s Best-In-Class Furniture/Interior Decoration Company for 2017. The award was announced as part of its African Brand Leadership Merit Awards held at the prestigious Eko Hotel & Suites, Victoria Island, Lagos recently. In its notification and congratulatory letter preceding the award ceremony, the African Brand Congress Organizing Committee stated that the 2017 award was conferred on merit based on the technical committee’s research report on the interior decoration and furnishing industry. 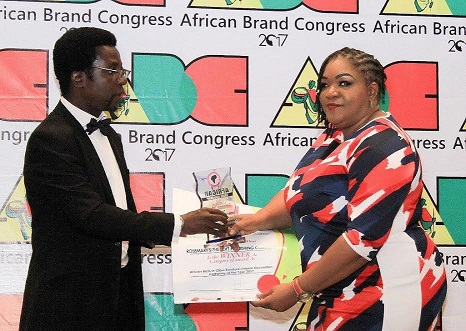 Receiving the award on behalf of the company, Ezinne Kufre-Ekanem, CEO of  Rosemary’s – The Soft Furnishing Company expressed gratitude to the organizers for the recognition and ascribed its success to its “ever increasing number of satisfied clients who give us challenging projects and their post-service referrals over the years”. Mrs. Kufre-Ekanem also thanked its staff around the country for their continued contribution to the daily drive of the company to make Africans home proud despite the difficult operating climate.

Rosemary’s is a niche-focused, home comfort company specializing in soft furnishing and interior design with a deep belief in personal service. Established in 2003, the company operates 3 showrooms in Lagos and Abuja and was voted Nigeria’s Most Creative Business at the SuccessDigest Enterprise Awards 2007.