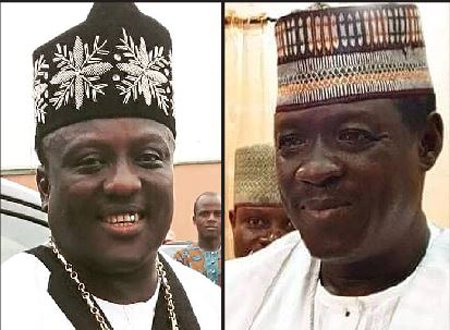 THERE was a misunderstanding between Fuji star, Saheed Osupa and veteran Nollywood actor, Taiwo Hassan famously known as Ogogo when Osupa took to his Instagram page on Thursday, to wish Ogogo birthday greetings.

The Fuji singer uploaded Ogogo’s picture with a caption: “Happy birthday to my brother, a veteran Nollywood super star “Alhaji Taiwo Hassan Ogogo” I pray for you today that the Almighty Allah will guide you for the rest of your life. Untimely Death will never be your portion Insha-llahu, God will continue to bless your new age. HBD Kulodo.”

His post, however, generated a lot of buzz as fans also joined him in celebrating the film icon.

But Ogogo, who often plays strict roles in movies ordered the singer to delete the post.

“Please take this down and don’t mislead people. I appreciate,” Ogogo commented.

In spite of that, Ogogo’s response caused uproar as some fans perceived it as harsh words.

“You should’ve DM him instead now,” the poster wrote.

“I mean no harm… but if I see things like this means other people can see it this way too.”

Ogogo will clock 60 on October 31, this year. He was born in 1959 in Ilaro, Ogun State. The actor and producer who had played lead roles in movies such as ‘Omin’, ‘Wicked Boy’, ‘Atitebi’, and ‘Owo Blow’ made his acting debut in 1982 under the tutelage of Ademola Fagbemi.