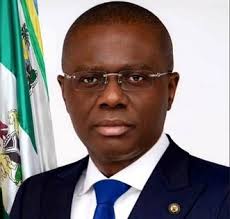 After the wanton destruction of private and public assets across Lagos State following the shooting of unarmed protesters at the Lekki tollgate on Tuesday, Governor Babajide Sanwo-Olu has appealed to the restive youths to end the carnage to allow for healing and reconciliation.

Despite the governor’s appeal, hoodlums yesterday continued to unleash mayhem in parts of the state, an experience shared by the Akwa Ibom, Anambra, Delta and Oyo States as well as Federal Capital Territory (FCT).

To curb the spread of violence in their states, Governors Ifeanyi Okowa of Delta State, Udom Emmanuel of Akwa Ibom State and Willie Obiano of Anambra State declared a curfew.

Sanwo-Olu who spoke while responding to a question yesterday on The Morning Show of ARISE NEWS Channel, the broadcast arm of THISDAY, said the state would come out of the crisis stronger, bigger and better and explained that the resilience of Lagos will help rebuild the property that has been destroyed.

“Yes, there might have been assets that have been destroyed, but the resilience of Lagos will bring it back.
“Lagos is the centre for all of us, Lagos is the place where you are nobody but by hard work you become somebody and it will continue to remain a place where all of us that are doing genuine business will call home irrespective of where we come from or believe.”

He said he was talking to traditional and religious leaders as well as various ethnic nationalities to see how the youths could be taken out of the streets, explaining that he needed the cooperation of everyone to achieve peace.

“We all need to come together and heal the pains that we are all going through, to be able to put this behind us and solve this problem together,” he said, adding: “I can take the lead from the front but I need all of you to rally round this time and be able to solve this problem.”

He added: “I call on leaders in the state across all communities to please talk to everybody under their own sphere of influence to bring about restraint and take the youths off the street so that we can very quickly begin to see normalcy come back.”

He denied ordering the removal of CCTV camera at the Lekki Tollgate and switching off of the LED lights, stressing that security cameras at the facility are still there and will be used for investigation into the incident.

On the switching off of the LED lights, he said there is a concessionaire that manages the place and that they said they pulled off the lights because of the curfew that was announced by the state government.

The governor also revealed that investigations into the Lekki Tollgate shooting will commence on Monday and stressed that there may be more to the #EndSARS protest than was initially thought.

While calling for state police, he said the state was unable to nip the destruction in the bud because of the lack of adequate police personnel.
“Yes we have the formations on paper but I also did not realize that some of them have actually been transferred to some other parts of the country to restore law and order in some other parts of the country that were in distress before we got to where we are now in Lagos.

“So it was a case of how do we get to pull back our men that are in other parts of the country to come back to their main posts, that is a logistics thing that we are still working on, “he explained.

He called for responsible use of social media, stressing that misinformation mostly fuelled the wanton destruction witnessed in Lagos in the last three days.
The governor said: “I will be honest with you, up until about six to eight months ago I did not appreciate the extent of what social media is in our community. During COVID-19 era, I realise that it was a very strong tool that can be used for communication.

“As good as social media is, there are so many sour points like false news, because if you say fake news, people will think the government just wants to sweep away issues. False news is one of the major downsides of social media. As free as social media has made us, there is an element of restraint that we need to have,” he said.

Sanwo-Olu, who looked disturbed, said the event of Tuesday does not define his person or what he stands for.
He said: “This is me, this is who I am. I am your governor that you all truly elected last year and I want to continue to thank you for that. The unfortunate event of Tuesday is not what I believe in. I was the first governor that joined the protest, I held the flag in solidarity, I was petted with water, pulled down and I did shake. I was with them.

The following day, I was with the protesters at Alausa, which were the two prominent locations.

“I collected their letter stating their demands and promised that relevant authorities at the highest level will get the letters. I went to Abuja and there are footages to show that I made those communications. I was the first to set up a fund to compensate protesters, who were victims of police brutality; I was the first that set up a judicial panel of enquiry and we have inaugurated them. We did everything within our means. Sanwo-Olu disclosed that once the looting and burning were taking place across the state on Wednesday, he got a call from the Chief of Army Staff, Lt. Gen. Buratai who offered to deploy soldiers to quell the protest.

He denied ordering the Army to the state, saying such powers is beyond any state governor.
He pleaded that moving forward: “We need to come together to engage ourselves, have a genuine reconciliation and plan a better and stronger Lagos State.”

“Like I said, he was at FEC meeting and probably had this briefing. He was actually the one that asked the Chief of Defence Staff to call me and I think it was when he got my message, because when the Chief of Staff called me, he said to me that it was the president that asked him to call. But I haven’t spoken to him directly, may be later today that might happen.
“I don’t have the report to say this was what he said because we haven’t spoken.”