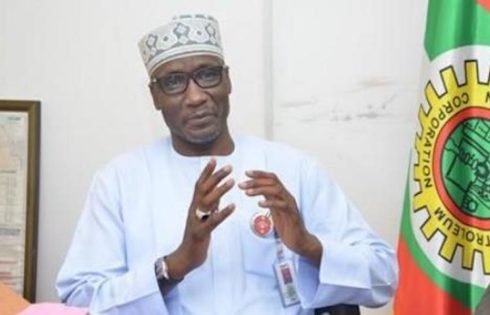 The September 14, 2019, attacks on Saudi Aramco, a Saudi Arabian refinery, came as a shock but the effect on global oil market has been mild, the Group Managing Director, Nigerian National Petroleum Corporation, Mele Kyari, has said.

It was also learnt that the NNPC on Tuesday said Nigeria would make cuts to its crude oil output to comply with the Organisation of Petroleum Exporting Countries output target.

On his verified Twitter handle on Tuesday, Kyari retweeted some of the statements he made during a session at the oil conference in Fujairah, United Arab Emirates.

The NNPC boss also stated that Brent crude prices might hover around $65 per barrel at the end of 2019.

When asked where the price of Brent crude would be by year end, Kyari replied, “$60-$65 is the overall consensus”.

He added, “Supply and demand is more predictive now than it was in the past. Saudi Aramco attacks were a shock, but the market reaction was mild.”

On the cut in oil output by Nigeria, Reuters reported that the NNPC helmsman revealed that Nigeria’s September crude oil and condensate output was 2.1 to 2.2 million bpd.

“We will (cut) across the assets. The OPEC quota (is) on crude production only, not on condensate, so it doesn’t affect the condensate,” he told reporters at the conference in Fujairah.