The news of Savannah Bank coming back to banking industry hit the airwaves recently. Sources closer to the owners of the revered bank said the massive renovation works ongoing at its over 140 dilapidated branches across the country are eloquent testimony that the bank which went into coma 17 years ago due to some technical insolvency may eventually open for business in no distant time 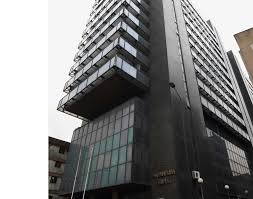 As the massive renovation works ongoing is not seem to affect the corporate headquarters of the bank on the broad street or the owners may have relocates the new ground due to funds.

And that followed by the House of Representative has mandated its Committee to summon the Central Bank of Nigeria and Nigeria Deposit Insurance Corporation to ascertain the new status of the bank, it readiness to commence operation and to ascertain whether promoters of the bank have fulfilled all requirements to begin business.

Why going through the House to restart operation?

According to the report in the daily trust, the Committee is also required to invite the shareholders and the new management of the bank to brief it on possible fashioned to pay or refund depositors’ funds.

What a cherish news?

But wait! Why seeking way of repay the shareholders? If truly the bank is on restarting process.

The report further disclosed that the resolution followed the adoption of motion sponsored by Aliyu Da’u Magaji (APC Jigawa) at Thursday’s plenary of the House.

The Committee which is to submit its findings in two months has also been mandated to ratify that effective measures are put in place to avoid the reoccurrence of what led to the withdrawal of the bank licence and eventual closure in February 2002 and restored in February 2009 after protracted legal battles.

You recall that the then CBN Governor, Joseph Oladele Sanusi said the bank did not have enough assets to meet liabilities, did not comply with the apex bank obligations, and that the regulators had been unable to prevent further deterioration.

Following CBN’s withdrawal of Savannah Bank’s license, the Nigeria Deposit Insurance Corporation (NDIC) took over as liquidator, sealing the bank’s offices nationwide. At the time of its forceful closure, Savannah Bank had nearly 85,000 shareholders, a share capital of N1 billion, and 140 branches. Its depositors were in hundreds of thousands

A reprieve came for the owners of the bank in October 2006, when an Abuja High Court declared CBN’s action as illegal.

CBN also failed at the Court of Appeal when the appellate court ordered the re-opening of Savannah Bank.

CBN and NDIC were ordered to pay N100 million to the bank as damages.