The management of Security and Exchange Commission (SEC) has been dragged to a Federal High Court in Abuja by a Co-operative investment and credit society company based in Port Harcourt, Rivers for alleged unlawful arrest and detention of its Managing Director and Chief Executive, Henri Kounougna and others. 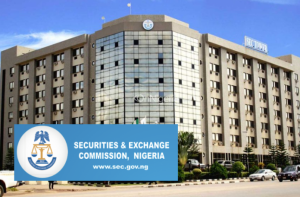 The company also in the sued, claimed that SEC unlawfully sealing its office for more than two weeks for allegedly operating without registration.

The company also demanded N200 million from SEC for alleged illegal confiscation of the company’s office gadgets/equipment, freezing of its bank accounts, including Kounougna’s account as well as the seizing of his international passport.

They asked the court to order SEC to de-freeze their bank accounts and pay damages for hardship caused the company and its workers.

Kounougna said officials of SEC invaded the company with policemen on November 25 and arrested workers and customers.

He said they were taken to the State Criminal Investigation Department (SCID) and detained.

However, while other detainees were released, admitted to bail within 24 hours, the managing director/chief executive officer said he was detained for four days in Port Harcourt and Abuja.

He gave list of items of the company in SEC’s custody as: seven laptops, two desk top computers, mobile phones, company transaction files, daily record books, among others that were carted away as at the time of invasion.