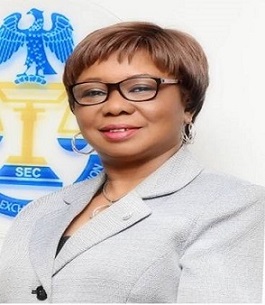 The Securities and Exchange Commission has revealed plans to introduce regulations on the use of crowdfunding by small businesses to raise capital.

The acting Director-General, SEC, Ms. Mary Uduk, while speaking during an interview with journalists on the sidelines of the ongoing annual meetings of the World Bank and International Monetary Fund in Washington DC, said the move was aimed at protecting investors in the capital market.

She said, “Investors’ confidence is central to our job as the regulator of the capital market. People must have the confidence to invest.

“With crowdfunding, private companies can raise long-term funds using regulated platforms. The platform of the crowdfunding will be regulated by the SEC.”

Uduk, while speaking on the performance of the capital market in 2019, said the market had received a significant boost with the listing of MTN Nigeria and Airtel on the Nigerian Stock Exchange.

She noted that the primary market witnessed a new trend in the last one year with the listing of the telecom companies, Initial Public Offerings and dual listings.

Uduk said, “The dual listing of Airtel signifies the interest of the foreign issuers into the Nigerian capital market.

“Consequent to the Airtel IPO, some offshore companies are in discussion with the commission for an IPO that will be dually listed in Nigeria and the United Kingdom.

“If you look at the equities market, especially on the NSE, the market has lost about 16 per cent so far this year on the back of relatively weak economic fundamentals and investors sentiments.”

She stated that into the last quarter of the year, she hoped to see some improvement in the equities segment, especially as investors saw opportunities to pick low-priced stocks.

She added that there were still opportunities and higher probabilities for the market to rise before the end of the year.