The Securities and Exchange Commission (SEC) on Tuesday August 16, 2017, solicited for both existing and prospective shareholders in the Nigerian capital market to embrace directs cash settlement of every transaction on the floor of The NSE. 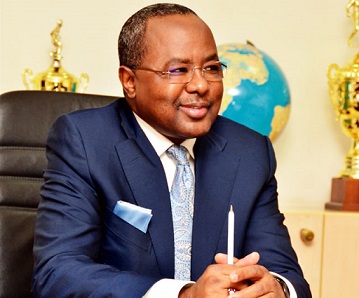 Director General of the apex regulator in the capital, Mounir Gwarzo made the appeal during the post Capital Market Committee (CMC) briefing with the financial journalist in Lagos.

Gwarzo who used the opportunity to highlight progress made so far since the first CMC in 2017, said the committee received reports from various sub-committees, saying that the initiative of direct cash settlement will enhance transparent in shares transactions on behalf of shareholders. The direct cash settlement will enable the shareholders who sold he/her share should able to gets alert of payment directly from the buyer rather settled the broker account first before and another process of transfer the said proceed from the broker’s account to the shareholders (owner).

He noted that in most cases the annual reports usually gets to some shareholders after the Annual General Meeting (AGM) of their respective companies. Stressing that, sending annual reports electronically will enable shareholders to have access to their company’s annual report on time and be able to make meaningful contributions at AGMs.

SEC Boss disclosed about the discussion with the Central Bank of Nigeria (CBN) on the introduction of Dual Licenses Model (DLM), which will enable operators in the capital market to have access to CBN windows for funds that will aid their operations. He added that though they are still in discussion with CBN on how to address some areas of concerns. Am happy with the way CBN embraced the idea, he noted.

The other records are: analysis by gender which shown 65 percent goes to the male leaving 35 percent to female at ratio 2:1participating in stock market.

He explained that the committee is focusing on the primary and secondary school in order to inculcate basic understanding of the capital market on the younger generation. For instance, analysis by age, showed clearly about financial literacy and inclusion at secondary and primary schools. The record review that the age of 15 to 24 recorded 0.9 percent while that of 25 to 34 age accorded for 8.1percent in a place where age of 45 to 54 accounted for 31.3percent followed shortly by the age between 35 to 44 recorded a 24.9percent.

DG disclosed that a budget for creating awareness among major languages has been approved by the committee, which will involves taking messages across the country through radio, television, newspapers and most importantly the new media (Social Media).