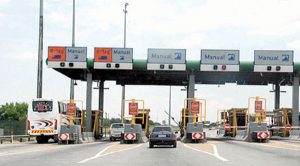 Commenting on the revenue figure, the Customs Area Controller (CAC) Compt. Dimka, V.D said that all hands must be on deck to realize a higher amount in the months ahead considering the fact that the last year target for the Command is being maintained.

He said with the upward reviewed values of imported goods to meet the current realities, the additional value should be able to cover the shortfall that is evident with the ban on importation of vehicles through the land borders.

While addressing his unit heads, the Customs Area Controller enjoined them to add value in all the core functions of the service they are expected to execute. He outlined areas of commitment that are of utmost priority which he advice should be viewed with every degree of seriousness. These includes among others;-

Promptly and timely feedback to his office of treated alerts triggered by the system, professional conduct in the discharge of assigned responsibilities and maintaining discipline at all levels, border security and blockage of all illegal route, joint operations with all the complimentary team at the Command.

He re-iterated that recalcitrant officers who are adamant to corrective measures must be identified and punish accordingly, while deserving and hardworking officers who excel in their assigned task will be rewarded.

He further advised all Unit heads to ensure adequate supervision of their subordinates in order to facilitate legitimate trade across the frontier while keeping a healthy relationship with the critical stakeholders.

In the same vein , the Customs Area Controller while congratulating and decorating the recently promoted junior officers, he charged them to live up to the responsibility of the new rank bestowed on them, he added in quote “to whom much is giving , much is expected” . He also charged the officers not to take the magnanimity of the CGC for granted, hence the need for renewed commitment and dedication by all officers concerned.

The Command helmsman stated that he will also continue to identify and reward hardworking officers in-line with the vision of the CGC, by awarding the best performing officer to deserving officers and men whenever they stand out in performing their statutory obligations with due diligence devoid of any infraction.

While handing over three (3) illegal immigrants to the Nigeria Immigration Service (NIS) in the spirit of inter-agency co-operation for further investigation and prosecution, the Controller noted that the alertness of his officers and men in patrolling the land border has led to the arrest through the waterways. He further stated that the Nigeria Customs Service is always prepared to secure the land border by protecting the territorial integrity of the nation through the water ways.

He re-emphasized that the doggedness of officers and men of the Command in safe guarding the border is manifesting in many areas of the anti-smuggling operations. Citing one of the feat among others is the arrest and transfer of Two (2) suspects Joachim Iheagwu , Chukwunonye Onu and an exhibit of  Eighty Million Eight hundred and Forty five Thousand CFA (80,845,000 CFA) ) that have been handed over to the Economic and Financial Crime Commission Lagos office on the 31st January ,2017 for further action.

According to the statement issued by Chief Public Relation Officer of the command; Taupyen Selchang disclosed that the Customs Area Controller sounded a word of warning to those involved in illegal activities and cross border vices to stay away from Seme border or risk being arrested and prosecuted as they will not go undetected regardless of their antics.

He said our resolve to sanitize Seme land border from all miscreants and unscrupulous element is paying off as we engage the stakeholders for mutual understanding through the platform of Customs Community Consultative Forum (CCCF) and the Joint Border Security Meeting (JBSM) on a monthly basis.