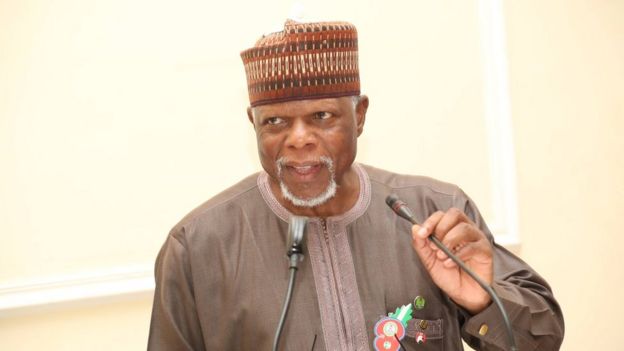 The Senate on Wednesday faulted the suspension of supply of petroleum products to border communities by the Nigeria Customs Service and summoned the agency’s Comptroller General, Col. Hameed Ali (retd.).

Rather than suspending fuel supply to border towns, the Senate urged the Federal Government to tackle smuggling with the use of technological devices.

The red chamber took the decision to summon Ali after an exhaustive debate on a motion jointly sponsored by senators Tolu Odebiyi and Ade Fadahunsi.

The motion was on the need to revisit the suspension order placed on the supply of petroleum products to border towns by the NCS.

The NCS boss had placed a ban on fuel supply to towns and villages that were 20 kilometres to border areas but the development had caused untold hardship for Nigerians.

Senators, who made contributions on the debate, lamented the sufferings being experienced by residents of border areas but failed to ask the NCS to lift the ban.

The Senate asked the Customs CG to urgently explore the use of modern technological devices in the tracking, managing and scheduling of petroleum trucks along the border towns.

They also asked him to initiate a comprehensive audit of all petroleum stations and suppliers across the border communities.

The senators said such an arrangement would enable the agency to closely monitor their movement by mandating each petrol-laden truck to have a tracking device that would be monitored by the NCS.

They also mandated the Senate Committee on Customs in collaboration with the CG Customs, to work out a viable economic framework or policy that could further mitigate the sufferings of the people and communities in border areas.

They also demanded  a steady supply of petroleum products through the identified suppliers and registered filling stations across all the border towns and communities as a temporary palliative measures.

The senators also called for a similar holistic policy approach to stop smuggling on the nation’s waterways.

Presenting his motion,  Odebiyi said the Senate was aware of the remarkable progress made by the Federal Government in stopping the activities of smugglers, since the closure of all land borders in the country.

He noted that the country had made laudable progress, but that there appeared to be no sustainable framework to ensure the proper coordination and implementation of the directive.

He said,  “On Thursday, November 7, 2019, Nigerians woke up to another directive from the Comptroller-General of the Nigeria Customs Service, that no petroleum product should be supplied to any filling station within 20 kilometres to the borders.

“Following a detailed investigation by The PUNCH newspapers as published on Tuesday, November 12, 2019 (page 2), the order had created a huge scarcity of petroleum products in the border towns of Ogun, Lagos, Adamawa, Katsina and Sokoto states.

“This directive is a knee-jerk approach to a modern- day problem, as it is obsolete, when compared to the array of technological solutions that can be explored to tackle the menace.”

Odebiyi expressed concern that as a result of the ban, many filling stations within 20 kilometres in Ipokia had been shut by the Federal Government’s task force on border closure.

He said personnel of the task force were also allegedly brutalising and illegally  harassing residents in the process.

The senator said the officers were violating the rights of the affected people to personal dignity as enshrined in Section 34(1) of the 1999 Constitution (as amended).

Odebiyi further expressed concern that as a direct import of the order, petrol was now being sold for as high as N600 per litre, which was an astronomical rise from its normal price of N145.

He said, “There are a number of technological innovations that can be explored to check, manage and curtail this act without resulting to manual blanket approaches as it is being practised at the moment.

“If this situation is not properly addressed as soon as possible, it would further compound an already bad situation created by the prolonged border closure and thus, exerting more hardship on the people.

“If necessary palliative measures are not put in place, the problems that will result from the ban will most certainly affect every aspect of business transactions, as health centres are already being grounded by the relative scarcity of petroleum products occasioned by this suspension.”