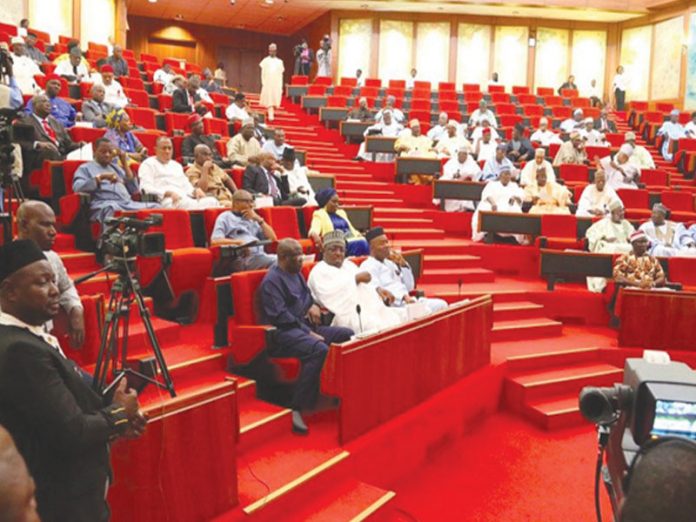 The Chairman of the Senate Committee on Ethics, Privileges and Public Petitions, Senator Ayo Akinyelure, has said the Senate will not be deterred by the threat by the United Bank for Africa (UBA) not to honour the invitation extended to it over the planned probe of N41billion allegedly withdrawn by the bank without authorisation from accounts of the Nigerian Telecommunications Limited (NITEL) and Mobile Telecommunications Limited (MTEL).

Akinyelure said yesterday that his committee would go ahead with the probe irrespective of whether or not the bank honoured the invitation.

Akinyelure had last week alleged that UBA, based on petitions before his committee, withdrew N41 billion out of N42billion liquidators’ fund of NITEL and MTEL deposited in the bank without any authorisation from the liquidators.

The committee, therefore, summoned the Group Managing Director of UBA, Mr. Kennedy Uzoka, to appear before it yesterday to clear its name.

But the UBA management led by its Chairman, Mr. Tony Elumelu, threatened Akinyelure with litigation if he failed to withdraw the allegation within seven days.

Elumelu said the bank would not honour the committee’s invitation since the issues at stake were already subject of litigation before the Supreme Court.
In his reaction to the bank’s threat, Akinyelure yesterday vowed not to retract his statement or apologise.
In a statement signed by his Special Adviser on Media, Mr. Charles Akinwon, Akinyelure said the threat from UBA would not stop his committee from forging ahead with the planned probe.

He said neither apology nor retraction, would be made by him, as his committee was in possession of a petition alleging that UBA committed the N41 billion fraud.

“It has become necessary to let Nigerians know that the threat of UBA Chairman, Mr. Tony Elumelu, against Senator Ayo Akinyelure cannot debar the senator, who is the Senate Committee Chairman on Ethics, Privileges and Public Petitions from carrying out his legislative duties.

“Inasmuch as the senator appreciates those that had called since the news of Elumelu’s threat was made public in some dailies, he has assured the people of his constituency in particular and Nigerians in general that he is not perturbed and will not because of a mere threat to jettison the oath of office he had sworn to.

“Akinyelure, who is a chartered accountant of over 30 years in practice, has always been on the side of truth and justice and that was why the Senate President, Dr. Ahmad Lawan, found him worthy to reappoint him as the ombudsman of the Senate and voice of the voiceless Nigerians,” he added.

Kindly Share This Story: In a surprise move yesterday, the Central Bank of Nigeria’s (CBN)…

Presidency: No Plan to Conscript Repentant Terrorists into Armed Forces