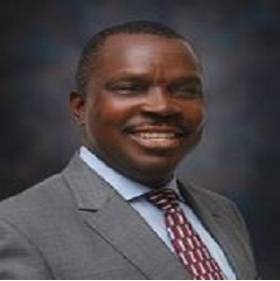 Avuru pointed out that, while force majeure at the forcados terminal has materially affected our oil production, he particularly gladded to see gas revenue increased significantly year on year to $105.5 million compared to $76.9 million that was recorded same period in 2015.

The CE came cleaned says the company faced a challenging operating environment in 2016 acknowledges the impact on its revenue due to the extended Trans Forcados shut in as well as volatility in global oil prices. Avuru further explained, that they have established a longer term alternative export route through the Warri refinery jetty and are nearing completion of upgrade works to the infrastructure enabling a doubling of barging volumes to a steady 30,000 bopd gross for second quarter of 2017.

However he added that “alongside this we are collaborating and supporting government on completion of the Amukpe to Escravos pipeline that will offer a third export route through the Escravos terminal. With multiple export routes expected to be operational during the second half of 2017, we will have significantly de-risked our route to market”.

Seplat announced that it is actively pursuing alternative crude oil evacuation options for production at OMLs 4, 38 and 41 and potential strategies to further grow and diversify production in order to reduce over-reliance on one particular Third Party Operated Export System (TPOES) in the future.

“Our gas business in 2016 exceeded the $100 million revenue milestone demonstrating its robustness and providing a solid base from which to grow. It is easy to forget that in 2013 gas revenue were only $18 million, which shows how far we have come”.

To significantly improve its alternative routes and avoid revenue losses from shut-ins,  Avuru disclosed that they are also, in addition to the Warri and Forcados export routes, supporting the National Petroleum Investment Management Services (NAPIMS) a 100 percent subsidiary of the Nigerian National Petroleum Corporation (NNPC), he said on completion of the 160,000 bopd capacity Amukpe to Escravos pipeline that will offer a third export route through the Escravos terminal. With the intention is to utilize all three to ensure there is adequate redundancy in evacuation routes.

Going forward, the chairman with word of wisdom lights the future of the stakeholders says, “the company has said it will set full year production guidance at the lifting of the force majeour by Shell, but the immediate priority is to increase exports via the Warri refinery jetty to a gross average level of 30,000 bopd and looking further ahead support NAPIMS to achieve completion of the new Amukpe to Escravos pipline.”

Avuru reiterated that “Seplat will continue to prioritized expansion of its domestic natural gas business which provides a revenue stream that is de-linked from the oil price and underpinned by the strong fundamentals of high demand and increasing pricing. Eliminating the outstanding NPDC receivables balance remains an absolute priority.”

“Seplat is pursuing a Nigeria focused growth strategy and is well positioned to participate in future divestment programmes by the international oil companies, farm-in opportunities and future licensing rounds.”