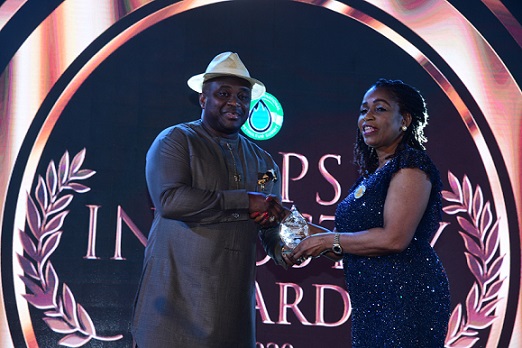 According to the organisers of the summit and award, Seplat was recognised for its huge commitment to sustainable CSR programmes for the 2019 business year and the impactful effects they had on the company’s host communities and the country at large.

Over the years, Seplat had deployed its signature CSR initiative: The Eye Can See, Pearls Quiz and Safe Motherhood programmes across its host communities in Delta, Edo and Imo states. In addition to these, it has also invested in skills acquisition and entrepreneurship in these areas and across the nation.

After an industry-wide electronic voting exercise, Seplat was said to have topped the category, the organisers said.

The General Manager, External Affairs and Communications, SEPLAT, Dr. Chioma Nwachuku, who received the award on behalf of the company, lauded the organisers for the recognition accorded the Seplat brand, and pledged the Company’s commitment to continue to impact lives positively through its CSR initiatives.

In a related development, Seplat said the Assa North-Ohaji South (ANOH) gas and condensate processing plant in Imo State slated to commence operations in 2021, will further boost the power generation in Nigeria by over 1,200 megawatts.

With over $300m invested in Oben Gas Plant Expansion Project, which is another gas plant run by Seplat, he said the company currently contributes about 30% of gas to power generation in Nigeria, adding that: “ANOH project has the capacity to unlock over 1,200MW of gas constrained power generation capacity.”

However, despite the huge gas reserves, the country has been unable to translate its resources to effectively boost the economy, Mba said highlighting that the key challenges the industry faces today in translating reserves to value were: Lack of adequate infrastructure (constraint on gas transmission distribution); funding constraints for upstream, midstream and downstream sectors; and sub-optimal institutional and regulatory framework including extensive and bureaucratic process for obtaining licenses and approvals, weak corporate governance and policy inconsistencies.

He said: “The continent can fuel an economy four-times larger than today with only 50% more energy driven by a major shift towards energy sources such as renewables and natural gas and efficiency improvements.

“Stated Policies Scenario reflects the impact of existing policy frameworks and today’s announced policy intentions. The aim is to hold up a mirror to the plans of today’s policy makers and illustrate their consequences for energy use, emissions and energy security.”

The Africa Case Scenario, he noted, was built on the premise of “Agenda 2063”, established by the Heads of State and Governments of the African Union in 2015, and “in this case, faster economic expansion is accompanied by the full achievement of access to electricity and clean cooking, in line with Sustainable Development Goal 7.”

Mba said Nigeria could save significantly on CO2 emissions by replacing diesel generators with natural gas plants – potentially reducing CO2 emissions by 18.2 million metric tonnes per year, adding that this would in turn improve standard of living of Nigerian citizens through reduced exposure to Greenhouse Gas and noise pollution from generators.

“Natural gas is a cleaner fossil fuel and as such can help Nigeria achieve her developmental aspirations by increasing power generation efficiently with relatively low climate damage thus delivering a win-win scenario,” he noted.

…. 2019/2020 admission process has been contracted to a private company contrary to university practice…