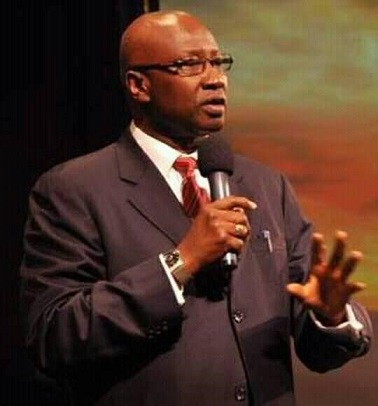 The Secretary to the Government of the Federation (SGF), Boss Mustapha, said the aviation sector in the country must be more security conscious in view of the use of aeroplanes and unmanned aerial vehicles as tools of subversion and crime.

The SGF made the remarks at the 47th Convocation ceremony of Air Force Institute of Technology (AFIT) on Friday in Kaduna.

He said that the aviation sector must domesticate its applications and services through active civil-military partnerships to ensure total security.

Mustapha noted that AFIT is uniquely positioned to bridge that gap where security and commercialization of aviation meet to expand the frontiers of the industry.

He observed that currently many Nigerian airlines are managed and maintained by foreign personnel, stressing that it would be admirable to have a mostly domestic sector where airline maintenance and operations are handled locally.

According to News Agency of Nigeria’s report, the SGF stressed that stakeholders in the industry which include both military and civilians must also engage in joint researches for the manufacture of aviation products and enhancement of quality personnel in airline services.

“Mr. President intends to resuscitate the National carrier. Extensive plans are already underway to achieve this very laudable plan by a President who has the welfare of his people in mind.

“This must be exciting news for AFIT as the workforce for that airline should ideally be more than 60% local.

“Considering the cost of training aviation personnel against the economic realities of Nigeria, the military must be equipped to train and supply personnel to the civil aviation industry.

“AFIT, as I stated earlier, is poised to achieve milestones which will impact very positively on the industry.

“When Mr. President assented to the bill upgrading AFIT to a university; it must have been with a view to raising globally competitive graduates.”

He told the graduating students to “note that the Federal Government has various youth empowerment initiatives like N-Power and You Win Connect.

“You are all qualified and encouraged to participate in these programmes and use the knowledge acquired here to make a difference in the Nation.

He urged commercial and civil partners to consider AFIT graduates for employment in their respective organizations to augment Government efforts to reduce the labour market.

In his opening remarks, the Chief of Air Staff, CAS, Air Marshall Sadeeq Abubakar said that the Nigeria Air Force is increasing in size, scope of operations and sophistication in the application of technology, as such would utilise the knowledge of the products of the institute.

The Caption Photo:  The Secretary to the Government of the Federation (SGF), Boss Mustapha.

Olisa: Nigeria is by Default a Divided Nation

Kindly Share This Story:Simply put, the Igbo National Movement (INM) is a movement created to…

‘Nigeria has been signatory to many treaties’ Says FES Report