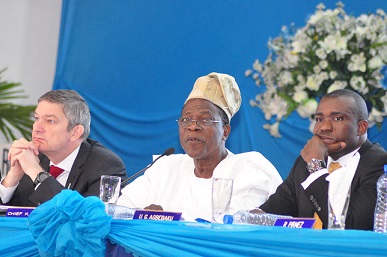 Shareholders of Nigerian Breweries Plc have lauded its 2016 financial performance and approved the dividend proposed by the Board. The shareholders who spoke at the 71st Annual General Meeting of the company held in Lagos on Wednesday noted that the company’s performance in spite of the very challenging operating environment, stood out as a shining example for other manufacturers to emulate.

According to press statement issued by Kufre Ekanem, Corporate Affairs Adviser  of Nigerian Breweries Plc and released by TPT Media agent disclosed that the shareholders stated that the 2016 results and the dividend pay-out are strong signals of the resilience of the company in the face of the apparent challenges of the economy.

Sola Abodunrin and Chief Shotunde Shopeju, both shareholders, expressed confidence that the company remains in good stead to weather the present storm and deliver good returns to shareholders in the future. “I congratulate the company for remaining strong even in the storm. The shareholders are happy that the company is always coming up with new initiatives to bring good harvest and returns,” Shopeju said.

Pastor Williams Adebayo from Abeokuta, Ogun state, another shareholder, congratulated the company for the 70th year anniversary and lauded it for creating jobs for thousands of Nigerians through its local sourcing initiatives. Theophilus Adegboye from Oshogbo, Osun State urged his fellow shareholders to commend the company for proposing a 100% dividend payout at a time many quoted companies were unable to pay dividend to their shareholders.

The proposal for shareholders to receive their either as cash or additional shares was also approved by the shareholders. The shareholders equally approved an increase in the authorized share capital of the Company from 4billion to 5billion Naira by the creation of additional 2 billion ordinary share of 50kobo each.

In his remarks at the meeting, the chairman of the company, Chief Kola Jamodu, CFR informed the shareholders that the company has declared a total dividend of N28, 386, 181, 179 (Twenty Eight Billion, Three Hundred and Eighty Six Million, One Hundred and Eighty One Thousand, One Hundred and Seventy Nine Naira only). This amounts to N3.58 per share and 100% earnings pay out. Shareholders have the option to choose between a cash payment or the conversion of their dividend to ordinary shares with the approval of the scrip issue. 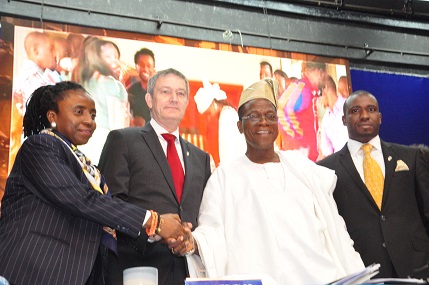 He maintained that the operating environment in 2016 was very challenging especially from an input cost, FOREX and purchasing power perspectives. Our volume growth was in the mid-single digit region, coupled with the price increases that we implemented positively impacted our revenue growth.

He added that the “the positive results we achieved in 2016 were helped in no small measure by our Cost Leadership Agenda through which we focused on being better with revenue management, optimizing costs and a continuous process of consumer value engineering.”

How Transport Ministry betrayed us over CRFFN Act amendment—Aniebonam