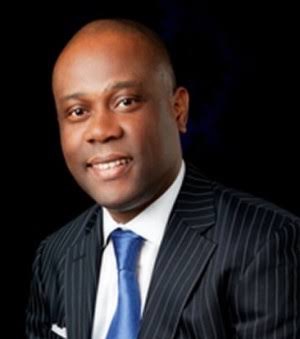 Shareholders of Access Bank Plc on Wednesday today commended the Bank’s consistent dividend policy while lauding the board on surpassing the N4 trillion mark on the Bank’s balance sheet. The shareholders also stated that the Bank’s corporate 5 year strategic objective will continue to enhance the Bank’s operations and ensure a more impressive dividend pay-out.

Speaking at the meeting, the Group Managing Director/CEO, Herbert Wigwe said “We are having increase on all indices; Earnings per Share, Cost of Risk and Capital Adequacy Ratio which are the major ratios financial institutions are measured by. Looking at the top-line of major banks, we are doing well. The new phase of our 5 year corporate strategic plan will extensively cover what we could not achieve in the previous phase. We shall continue to invest in staff trainings in order to ensure our staff remain one of the best amongst their colleagues in the industry. As a customer friendly institution we have set-up an Interactive Voice Response(IVR) center and ombudsman complaints Call Center to tackle issues from customers.”

Also Wigwe said, “Our operating performance in 2017 was impacted by the residual effects of macro-economic conditions of 2016, characterised by slow economic expansion and adverse credit conditions, which resulted in making conservative provisions on our loan book. Despite the macro and regulatory headwinds, our underlying business remained strong as reflected in the gross earnings growth of 20 percent to N459 billion in 2017. We grew our loan book to position it for improved earnings, whilst driving deposit mobilization from targeted segments to diversify our funding base, he added.

We are committed to Protecting Investors – SEC