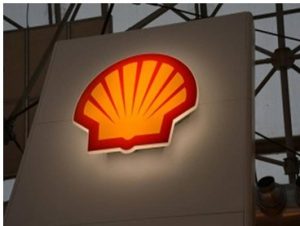 Natural gas is the cleanest burning fossil fuel and is abundantly available in Nigeria, which has the largest reserves in Africa and the ninth in the world.

Since the Nigerian government has made it a priority to unlock the potential of the natural gas to increase domestic and industrial power supply, raise living standards and support sustainable economic growth and diversification.

Shell The shell petroleum development company of Nigeria limited has been helping Nigerian government to unlocking the country’s natural gas potential which is one of the keys to increase the capacity and reliability of electricity supply to every home in the nearest future.

Shell Companies In Nigeria (SCIN) has designed its role through active involvement in the development and utilization of natural gas, pioneering its production and delivery to domestic consumers and export markets. Shell has played a key role in Nigeria’s emergence as a global player in Liquefied Natural Gas (LNG) since the 1990’s through its 25.6% interest in the Nigeria Liquefied Natural Gas Company (NLNG) joint venture.

The shell petroleum development company of Nigeria limited operated joined venture (SPDC JV) in partnership with NLNG and ExxonMobil provides over 98 % uninterrupted power supply to homes on Bonny Island. This operation can be themed as social investment which has ripple effects on the economy both in short term and long term like job creations and environment.

The record reviewed that more 12200 premises are currently receiving electricity through collaboration in the Island while a new 25 years joint Memorandum of Understanding was signed with NLNG in October, two years ago which intent to accelerate the development of Bonny Communities.

Nigeria currently has around seven Gig Watts (GW) of installed electricity capacity but often less than four GW actually in operation. This gives it less than ten percent of South Africa’s electricity generation capacity despite having more than three times the population.

The Shell management said SCIN nonetheless remain a crucial part of the natural gas energy mix with the SPDCJV’s Afam VI power plant alone contributing 14% of Nigeria’s grid-connected electricity in 2015. The Afam VI power plant is supplied by the SPDC operated Okoloma gas plant, which also supplies gas directly to the domestic market in the Eastern part of the country.

Shell Nigeria gas limited (SNG) supplies natural gas used as fuel for various industrial processes and power generation in the Niger Delta and to Companies that specializes in the delivery of compressed natural gas to industrial located far from existing pipelines. SNG carries out its operations with on all-Nigerian staff and engages the services of a range of Nigerian companies as contractors.

The Shell Nigeria Exploration and production company (SNEPCo) growth ambitions in deepwater also include expansion of natural gas production. However, it disclosed that the significant growth potential of gas depending on the right investment conditions.

Shell noted that it currently working on two projects that will deliver further reductions in gas flaring in addition to boosting the production of natural gas for domestic power generation and export.

The SPDC acknowledge NLNG as a strategic asset in a growing but increasingly competitive global LNG market place, which the Shell Group has an industry-leading portfolio.

SCiN continue to focus on building capacity in key technical skills, for example donating equipment to universities to develop capability in the production of drilling mud. Ten graduate scholarships are also awarded annually to students from Rivers, Bayelsa and Delta States to study engineering and geosciences at top universities in the UK (for example, Imperial College, University College London and University of Leeds), building a talent pipeline within host communities. Sixty scholarships have been awarded since inception in 2010. In addition, 40 engineering and geosciences graduates received hands-on training through a one-year internship programme organised by the SPDC JV and the Petroleum Technology Association of Nigeria, a group of indigenous oilfield service companies.

For instance, in 2015 Shell unveiled Africa’s first human and solar-powered football pitch at the Federal College of Education (Technical), Akoka in Lagos, Nigeria. More than 10,000 student teachers are exposed to this technology and contribute to inspiring the next generation on smarter energy solutions to power human progress.

A Full Text of Communiqués at the end of the 12th monthly meeting, the Honourable Minister of Power, Works and Housing with operators of the Power Sector