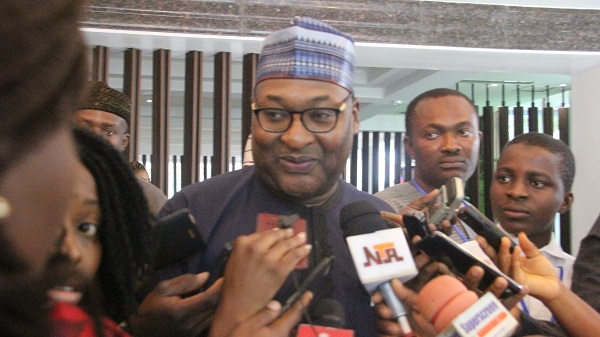 Bello, on Tuesday suggested that some port terminals in Lagos, should take advantage of the 90-day transaction period offered by the Central Bank of Nigeria to enhance their operations.

Executive Secretary said he appreciated the terminal operators for the removal of demurrage charges on cargoes last week covering the period of the EndSARS protest.

“We are visiting to see the challenges confronting terminal operators after the disruption of services. We also want to ensure that there are no spillover that will affect the economy as it will have adverse consequences.

“Shippers were not able to remove their cargoes so there is need to think about it and come up with incentives so that they can do so,” he said.

Bello added, “To also aid transactions at the port, government is investing in infrastructure to tackle problems of transportation, institute an electronic call-up system and by March, 2021, link the terminals by rail”.

He noted that the NSC, Nigerian Ports Authority and the Nigerian Maritime Administration and Safety Agency are working to ensure tax incentives and for terminal operators to have 98 per cent independent power supply.

He urged the management of the Tincan Island Container Terminal to come up with solutions to ensure the decongestion of people operating at the port by ensuring that operations are done digitally.

In response, Mr Yemi Adenaike, Customer Experience Manager, Maersk Nigeria, lamented their inability to validate the NXP numbers, urging the executive secretary to find a temporary solution until the portal is up and doing.

“We anticipated the rush due to the disruption of last week and we have extended the dues of customers till the end of the month.

“Due to our inability to validate the NXP number, we have stopped loading exports and this is not good as it will impact negativity on the terminal, road and others and so we seek your help,” he said.

Also, Mr Greg Sipe, Operations Manager, TICT, said that they have sent notices on their removal of rent on cargoes for the said period.

He noted that they are having issues with customers as they do not want to patronise their online services, adding that the issue of taking people’s cargoes to bonded terminals has been addressed.

NCC trains members of NITRA to enhance their industry reportage