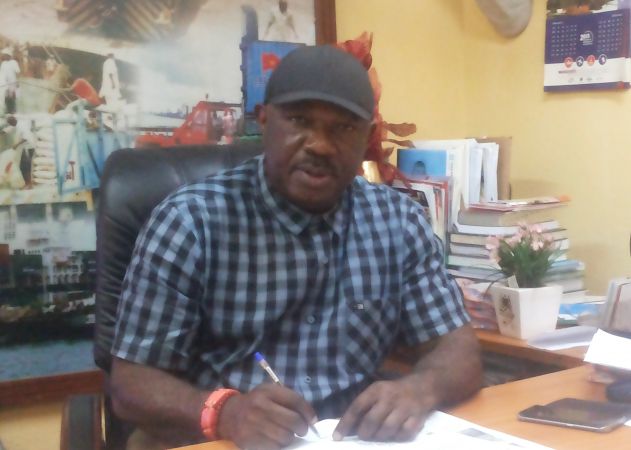 The Founder of the National Association of Government Approved Freight Forwarders, Dr. Boniface Aniebonam has accused the Nigerian Shippers’ Council (NSC) of being responsible for the failure of the Council for the Regulation of Freight Forwarders in Nigeria (CRFFN) to carry out a successful registration of freight forwarders in the maritime industry.

Featuring as a guest  at  a Round Table discussion with members of the Association of Maritime Journalists of Nigeria (AMJON) in Lagos today  Aniebonam accused the council of superintending over an alleged fraudulent election that created a foundation for CRFFN’s crisis.

He alleged that the Council helped  Association of Nigerian Licensed Customs Agents (ANLCA) to rig the first election which produced seven members of ANLCA in the Governing Council of CRFFN comprising of eight persons.

The NAGAFF Founder blamed the NSC for using ownership of licenses issued by Nigeria Customs Service as a criteria for eligibility to vote in the election that produced the maiden governing council  instead of registering individuals in their personal capacities as freight forwarding professionals.

According to Aniebonam, since ANLCA had majority seats in the Council, it decided to turn the Regulatory agency its own way.

He however maintained that CRFFN is not an arm of the government but rather an independent organisation even as he added that is a plan under way to amend the law establishing the Council to enable the president appoint the head of the board.

“From the first election, they (NSC) helped other groups to rig the election, that was how members from the Association of Nigerian Licensed Customs Agents produced seven members in the Governing Council and they decided to turn it an ANLCA affair.

“Are you aware that they have decided to amend the CRFFN Act so as to enable Mr. President appoint the head of the Board?” he asked.

Aniebonam, who doubles as the National Chairman of New Nigerian Peoples’ Party (NNPP) while speaking said that the planned withdrawal of service by freight forwarders may be shelved afterwards.

Recall that both ANLCA and NAGAFF had given 21 days ultimatum to the government to address the issue of corruption and poor service delivery in the port.

Aniebonam expressed belief that continuous engagement with government on matters generating furor could yield the desired results rather than withdrawing services of their members. He said the option of dialogue with government will continually be explored for the benefit of of the industry and national economy.

“We have issues about the Nigerian Customs Service (NCS), Nigerian Ports Authority (NPA), Terminal Operators among others,” he added.

Kindly Share This Story: The Nigerian Shippers’ Council (NSC) and shipping companies are mulling on…