As Nigeria and Africans in general strategize on how to make the best out of the African Continental Free Trade Area (AfCFTA) Agreement, the Nigerian Shippers Council has said in no distant time a standard name for the harmonised system will be introduced. 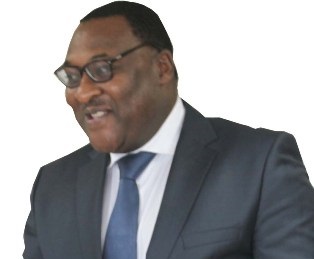 The Executive Secretary/Chief Executive (ES/CE), Barrister Hassan Bello has disclosed this at the two- day national workshop on the role of Maritime in the AfCFTA Agreement with the theme: “AFCFTA: Boosting Nigeria’s Economy For Sustainable Development” recently.

Bello who was represented at the event by the Chief Operating Officer, Trade Services, NSC, Adaora Nwaonu said there was a survey we did with haulage companies; we gathered statistics on available transport fares, what they charge from different locations in the country. We had to harmonize it and it was in collaboration with them, he added.

The two-day national workshop was organized by Association of Maritime Journalists of Nigeria (AMJON) which was held at Ikeja, Lagos.

In his paper titled, ‘The Role of Economic Regulator in Enhancing Nigerian Opportunity in the AfCFTA Regime’ Bello said that the new trade is all about comparative advantage among the member counties.

He pointed out that seamlessly standard will give details of how much it would cost to move like a 40feet container from Lagos to Kano, or any other part of the country.

“The NSC will make sure movement of goods is made predictable as it’s also obtainable in other parts of the world, that the system in the country will be standardized to unify haulage cost

“We have brought predictability, shipping has to be predictable. You need to predict the movement and the cost as you move your goods; you will be sure of what it will take you both in cost and time.

“We cited examples with other countries, because it’s predictable, if you type in your pin number over there, it tells you what it will take to clear your goods, but its not so here,” Bello said.

He stated that apart from good road network and security needed for effective participation in the AfCFTA project, the need to have the Inland Dry Port (IDP) function effectively is imperative to enable farmers and manufacturers in the hinterlands partake in export seamlessly.

“If our processes are so cumbersome and so primitive, we can’t have that expected competitiveness. We expect that under this agreement, Nigeria will be more competitive.

“Simply put, AfCFTA is about export competitiveness, every country wants to push out, nobody wants anybody to come and dump anything in their country. At shippers Council, we are being strategic to position the country for the competition ahead,” Bello maintained.

He also said that it is working out modalities for the full automation of processes in the ports and to unify haulage costs in the country. According to him in order to make the country compete effectively, the automation process embarked upon by the council must be seen working as it is obtainable in other countries

That as a regulator who moderates cost and enhances seamless transportation flow of import and export, it’s determined to make the country benefit from the AfCFTA Agreement both in the short and long term periods.

“Few of them have automated, others are at different levels of automation, and some have assured us that within the timeline we have given them, they wound fully automate.

“The idea is that if I can stay in my house, and buy my ticket, and fly out of the country, why wouldn’t the trader, the exporter be able to do that? Why would he continue to hang around marketing halls or shipping companies and their terminal operators?” He said.

The Management of the Nigerian Shippers’ Council, led by the Director, Consumer Affairs Department, Chief…