Kindly Share This Story:
The Nigerian Shippers Council (NSC) in the process of taking stock of operational activities for the year disclosed that it receives not less than 30 complaint mails per day and 1,000 complaints per month from clearing agents and other shipping practitioners. 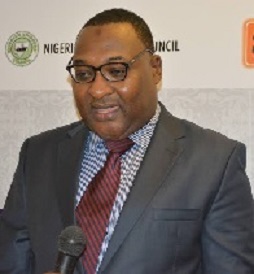 The agency disclosed a low patronage of its Port Service Support Portal (PSSP) saying that only 400 stakeholders have interfaced with the council through the platform since its inception in year 2016.

AmehNews recalls that the PSSP was launched by the Vice President, Prof, Yemi Osinbajo, in 2016 across the country to resolve online, real-time, one-stop-shop to resolve complaints by port operators within 72 hours.

At the time of the introduction, government agencies, including the Shippers Council had exhausted millions Naira to hold seminars and introduced the platform to port operators.

But 3-years down the line, the platform is still suffering low patronage, apparently due to lack of publicity by agencies that are supposed to be involved in its propagation.

Speaking on what may have accounted for the low patronage of the portal, the Shippers Council Deputy Director said: “Prior to the establishment of PSSP, there were other platforms like Whatsapp, SMS and email that operators were using and so most of them are still glued to those platforms.

“We receive about 30 mails per day on complaints which translates to 1000 per month and if PSSP is just recording about 400 since 2016 that means that the awareness is very low.

According to him, people are often ready to shift or they are more comfortable with the existing platforms, adding: “that is why we said that the awareness has to be popped up because it is from the PSSP that you can get the size of the industry infractions as a one-stop-shop.”

He called for greater transparency and the adoption of the right procedures in communication, enforcement and resolution of issues.

In his remarks at the event also, the Director-General of NIMASA, Mr. Peterside Dakuku, who was represented by Capt David Oboma, said both the private and public players need more information which the portal provides.

He added that the agency as a regulator operates through the Standard Operating Procedures (SOP) because of the Act setting it up.

Dakuku called for the downscaling of the PSSP to accommodate lower-level operators in the sector, stressing that awareness must be engaging and sustained.

The Chairman of ICPC, Prof. Bolaji Oluwasanya, who was represented by one of his Directors at the commission, admitted that grievances by parties should be channeled through the website and resolved at the ports.

5 must do regulatory assessments for all banks in Nigeria