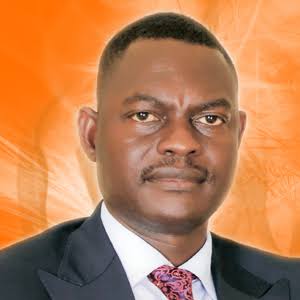 The Group Executive Vice-Chairman, SIFAX Group, Dr Taiwo Afolabi, has advised the President-General of Maritime Workers Union of Nigeria (MWUN), Mr Adewale Adeyanju and his executives to collaborate with port stakeholders to improve fortunes of the maritime industry.

The Corporate Affairs Manager of SIFAX Group, Mr Muyiwa Akande, in a statement on Sunday in Lagos, quoted Afolabi as giving the advice in a congratulatory message to Adeyanju and other executive members of the union.

Afolabi, according to the statement, said that living in harmony was necessary for the industry to fulfil its potential and improve its contributions to the nation’s economy.

The vice-chairman described the new leader of the MWUN as “a thorough bred professional, unionist and a leader’’.

He implored him to cultivate friendship of stakeholders like the shipping lines, terminal operators, government regulatory agencies, the media, among others.

“The recent election of the President-General and his team could not have come at a better time.

“The maritime industry in Nigeria and its players are at a period where they need to explore the strength that comes from constant stakeholders’ engagement and promotion of better understanding to improve the welfare of workers.

“I believe that the key to making the maritime sector a major income earner for the government is through the promotion and realisation of good welfare for all workers.

“ It is our sincere belief that the new executives will always seek to advance the interests of its members and all stakeholders.

“As an organisation,  SIFAX Group will continue to support the Maritime Workers Union of Nigeria and other labour unions because of the critical developmental roles they play in the sector,’’ he said.

Afolabi advised the executives of MWUN to come up with various workers-oriented ideas and programmes that could further improve the fortunes of the industry.

The SIFAX group, which began operations as SIFAX Nigeria Ltd. in 1988, started as a freight forwarding agency in Lagos.

SunTrust Bank grows its Deposits by 432% to close at N4.2bn