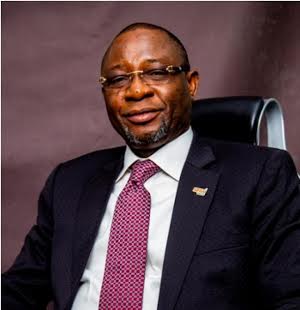 Chief Adekunle Oyinloye, the Group Managing Director of Sifax Group, was on Friday installed the new Ejemu-Omu of Omu-Aran in Irepodun Local Government Area of Kwara.
Oyinloye’s installation as the the new Ejemu-Omu was sequel to the demise of the last holder of the title, retired Col. Joseph Olaniyan, a few years ago.
The coronation by the Omu-Aran Traditional Council of Chiefs took place at the palace of the Olomu of Omu-Aran.

The traditional rites were performed by Chief Jide Adebayo, the Eesa of Omu-Aran.
Oba Abdulraheem Adeoti, the Olomu of Omu-Aran, while presenting Oyinloye with his chieftaincy certificate, urged him to be a good ambassador of the Olomu-in-Council and Omu-Aran community.
He said the new Ejemu-Omu was being installed and presented with certificate of chieftaincy having fulfilled every traditional rite regarding the title.
He charged Oyinloye to imbibe the act of humility, transparency, diligence and trustworthiness in the discharge of his traditional duties.
Adebayo, the Eesa of Omu-Aran, in his own remarks, described the new Ejemu-Omu as a worthy ambassador of the community and said his installation was well deserved.
He promised that the Omu-Aran Traditional Council of Chiefs would not relent in giving support and recognition to every deserving indigene of the community both at home and the Diaspora.
Oba Muftau Gbadamosi, the Olofa of Offa and a close associate of Oyinloye, praised the Olomu-In-Council and the entire Omu-Aran community for the recognition given to the new title holder.
Oyinloye, on his part, expressed gratitude to God and the people for the opportunity given him to serve.
He appealed for the support and cooperation of the people to make the task ahead a smooth and successful one.

The installation was witnessed by dignitaries which included retired Col. Theophilus Bamigboye, a former military administrator of Bauchi and Osun States and retired Major-Gen. Olayemi Abidoye.
Others were Oba Sikiru Sanni, the Olupo of Ajase-Ipo and Hon. Raheem Olawuyi, the member representing Ekiti, Isin, Irepodun and Oke-Ero Federal Constituency.
Oyinloye was a Managing Director of The Infrastructure Bank.